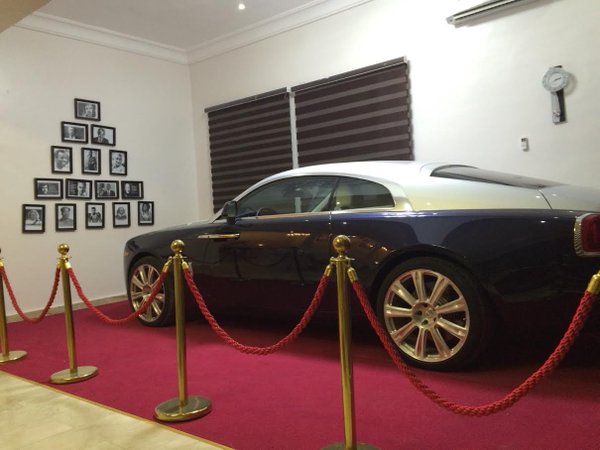 One of these properties, plot number 1793, was granted to his company, Melaye Global Services Limited.

Evidence of these properties emerged after SaharaReporters exposed Mr. Melaye on July 31, 2015 for making expensive renovations to his mansion, which was conservatively estimated to have cost N1.3 billion ($6.5 million).

SaharaReporters confronted Mr. Melaye about these unexplained assets, along with a fleet of luxury cars he has assembled in the past few years, to learn how he could afford them. Mr. Melaye has refused to disclose any sources of income outside his salary in elected office. Following a stint as a member of the House of Representatives, and before he ran for office as a Senator, he set up shop in Abuja as an “anti-corruption” activist, running a civil society group he called the Anti-Corruption Network.

The occupancy papers of the three properties obtained by SaharaReporters indicate they were approved by the then Ministers of the Federal Capital Territory, Muhammadu Adamu Aliero and Bala Mohammed, in 2009 and 2013, respectively.

SaharaReporters tried contacting Mr. Melaye to explain why he was granted these properties but he hung up on our correspondent.

It would be recalled that in December 2012, acting as leader of an “anti-corruption group” in the House of Representatives, Mr. Melaye unveiled five different real estate properties purchased by the then Minister of the Niger Delta, Godsday Orubebe.

The group pointed out that Mr. Orubebe acquired the choice properties during his last three years as minister, under first President Umaru Yar’Adua and then under his friend, President Goodluck Jonathan.

According to Mr. Melaye at that time, construction company SETRACO built and delivered a brand new mansion to Mr. Orubebe less than six months after it received a contract to build part of the East-West highway in the Niger Delta region.