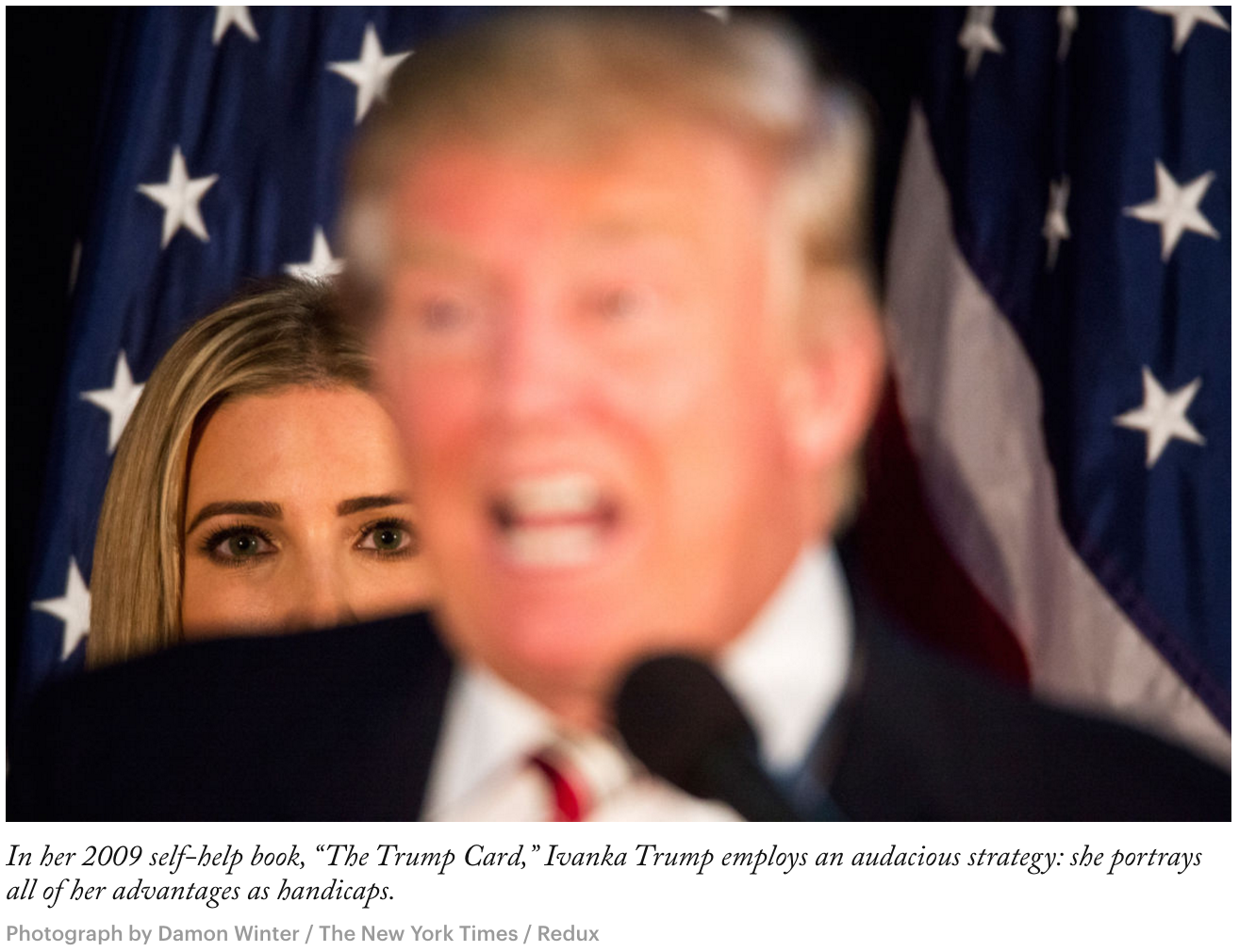 He also confirmed that President Trump’s decision to bomb a Syrian airbase to punish President Bashar al-Assad for a nerve gas attack last week was influenced by the reaction of his sister Ivanka, who said she was “heartbroken and outraged” by the atrocity.

Trump is a 70-year-old man. There’s no way he would do a bombing over some sad pictures of kids broadcast all over the “fake news.”

Everyone needs to send her sob stories of people killed by illegal immigrants and refugees.

Mr Trump’s son Eric, 33, who has taken over the running of his father’s property empire with his brother, Donald Jnr, warned Mr Putin his father was “deeply committed” to building what could be the world’s largest ever peacetime military force as he is a “big believer” in Ronald Reagan’s philosophy of achieving peace through strength.

Assad and Russia were achieving peace through strength in Syria. Bombing one of Assad’s airfields is working against this goal, even if he did use chemical weapons, which we’ve been given no evidence to confirm he did.

President Trump pledged to improve relations with Mr Putin during his campaign for the White House but his new administration has been plagued with allegations of close entanglements with Russian officials.

Eric Trump said his father was merely arguing that the US should try to be “best friends with other superpowers” if that was possible and described allegations of links with the Russian regime as “ridiculous”.

He said: “If there was anything that Syria did, it was to validate the fact that there is no Russia tie.”

Trump would slam Obama 4 announcing military decisions in advance. Yesterday before the airstrike, Trump tipped off the Russians. Naturally.

Michael Moore was literally outraged Trump warned the Russians before bombing them to avoid WW3.

MSNBC’s Lawrence O’Donnell came up with some insane conspiracy theory that Putin masterminded the attack in Syria to get people to stop the Russian influence investigation.

“Putin only nuked us to distract from the ongoing investigation!”
The Telegraph continues:

Speaking at the Trump Turnberry golf resort in Ayrshire, he said: “If they disrespect us and if they cross us, fine. There will be no one harder – he has got more backbone than anybody. We’re no worse off than we were before. Maybe we’re finding that we can’t be.”

Asked about Mr Putin’s threats of military escalation over Syria, he said: “He is not a guy who gets intimidated. I can tell you he is tough and he won’t be pushed around. The cards will shake out the way they do but he’s tough.”

Mr Trump said his father was “deeply affected” by the television images in the aftermath of the Syrian chemical attack of children being “sprayed down by hoses to keep their skin from burning.”

The businessman, whose wife is pregnant with their first child, said: “It was horrible. These guys are savages and I’m glad he responded the way he responded.”

He added: “Ivanka is a mother of three kids and she has influence. I’m sure she said ‘listen, this is horrible stuff.’ My father will act in times like that.

“And by the way, he was anti doing anything with Syria two years ago. Then a leader gasses their own people, women and children, at some point America is the global leader and the world’s superpower has to come forward and act and they did with a lot of support of our allies and I think that’s a great thing.”

Mr Trump rejected claims his father had acted impulsively after seeing the images, saying the President was “a great thinker, practical not impulsive.” He added: “I’m proud he took that action and believe me he thinks things through.”

You can’t say he’s “practical not impulsive” but made the impulsive decision to reverse his practical policies against intervening in the Middle East because his daughter cried about seeing gassed babies on TV.

This story is getting more bizarre by the day.