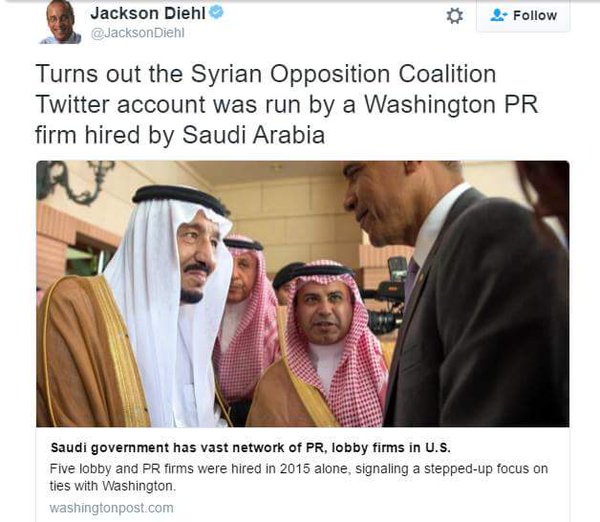 As the U.S. general public becomes more suspecting of Saudi Arabia, a Washington post report reveals a massive network of millions of dollars paid lobbyist firms in the U.S. under Saudi’s payroll.

The lobbyists engage in all sorts of affairs including running the Twitter and social media pages of the so-called Syrian opposition.

Apparently the Syrian opposition was not that Syrian after-all.