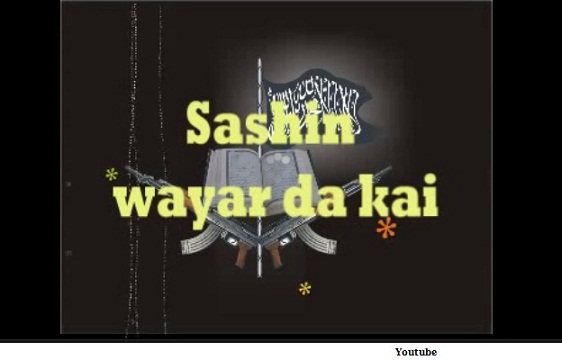 Three wives of a Village Head and their 10 children were on Sunday feared killed as a female suicide bomber attacked their home in Maiduguri, Borno State capital, witnesses said.

The woman who took advantaged of the chaotic situation when soldiers of the Nigeria Army were busy engaging Boko Haram fighters in a shootout during a repelled attack on the city, pretended Boko Haram was chasing her, as she ran into the compound of one Bulama Isa, a Village Head.

“When the families of Isa all came out of their rooms to meet the woman in the center of their compound, the woman simply detonated the bomb she had under her garment killing the man his three wives and ten children”, said Bala.

Bulama Isa who had not returned home yet at the time his home came under attack managed to survive another suicide attack at the entrance of his home.

Sources said another female suicide who was lurking in the dark as the grief struck head of the family walked into his attacked compound, jumped out and detonated herself: but the village head was lucky again. He was able to escape with minor injury, but the blast had succeeded in killing a woman with her baby. Leadership

The Nigerian Military had warned of this exact procedure on December 22. Nigerians must take note:

It has come to the knowledge of the Defence Headquarters that Boko Haram terrorists have now devised other means of inflicting harm on innocent citizens to further their terrorist cause.
Some of such tactics they now use include crying and feigning pains and shouting to attract sympathy from unsuspecting public. When a lot of people of goodwill gather to render help in the process, the suicide bomber detonates bombs which they conceal under their clothes.  The recent suicide bombing in Damaturu is instructive.
Similarly, suicide bombers used monetary incentives and other inducements especially in crowded places to lure innocent citizens in order to cause colossal damage to both lives and property. Yola suicide incident is fresh in our memory.
The Defence Headquarters therefore advises citizens to be wary of such antics of the terrorists who are losing out in their former enclaves and are now desperate to remain relevant by using any means to perpetuate fear in the minds of the populace.
The Defence Headquarters also warns citizens to be extra vigilant and weary of terrorist malevolence in such places as parks, worship centres and recreation spots particularly in this festive period. Citizens are advised to report suspicious persons or objects to security agencies for prompt action.
RABE ABUBAKAR