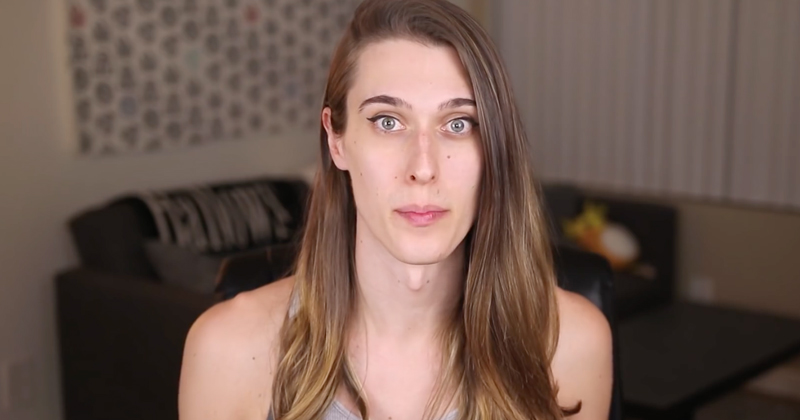 Prominent feminist Riley J. Dennis suggests you’re transphobic if you have a gender preference when it comes to sex.

“Some people are making the argument that it’s not ‘CisSexist’ at all to only be attracted to people with one kind of genitals,” Dennis says in a new video. “For example, these people might argue that being attracted to only women with vaginas in no way negatively affects trans people.”

“On the other hand, I would argue that it’s more complicated than that. We all have our implicit biases built into our preferences, and gender isn’t as simple as just the genitals you have.”

In short, you’re sexist if you’re not biologically bisexual, Dennis seems to suggest.

“If you’re a woman who only likes women, go ahead, identify as a lesbian, but some women have penises,” Dennis claims. “And if the fact that some lesbians might be attracted to those women offends you, it’s because you don’t think trans women are real women.”

In other words, women having sex with “women with penises” are still lesbians because, as Dennis puts it, gender is not exclusive to biology.

“I’m trying to show that preferences for women with vaginas over women with penises might be partially informed by the influence of a CisSexist society,” the activist added.

The entire basis on Dennis’ argument is that “gender identity” overrides reality, an illogical concept that, if it takes hold in America’s court system, could set a catastrophic legal precedent.

For example, a man could theoretically be charged with bestiality if he sleeps with a girl who identifies as a golden retriever, once we apply Dennis’ “gender identity” argument to species.

And why wouldn’t “species identity” also be valid?

If “gender identity” isn’t defined by biology, then neither is “species identity.”