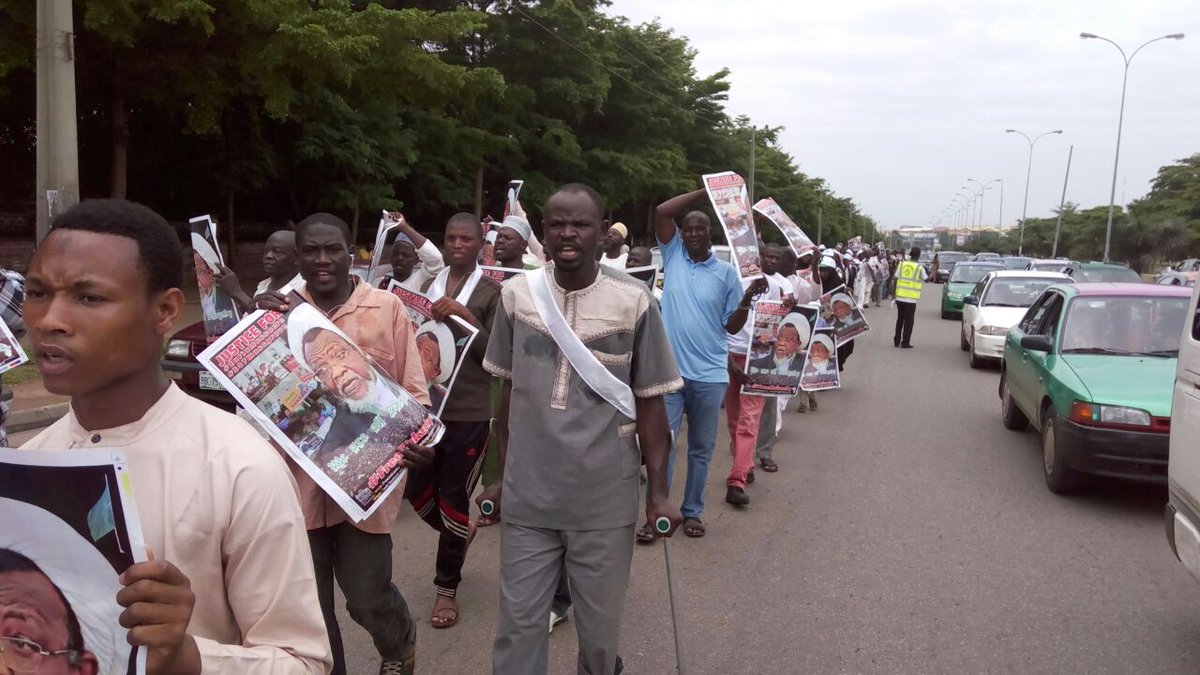 Members of the Islamic movement are peacefully marching in protest against the extrajudicial prolonged detention of Shaikh Ibrahim Zakzaky and wife Zeenat by the Nigerian authorities.

The members trekked from Kano to join other locals in protest at the nation’s capital.

A judicial panel indicted the Nigerian military in the mass murder of over 350 civilians and their secret burial. The Federal government is yet to comment and no soldier has yet been suspended or prosecuted.

There have been calls for the embattled army chief to retire and be prosecuted. Zakzaky, Zeenat and severla hundred Shia Muslims have been detained for 8 months now since the massacre in December. 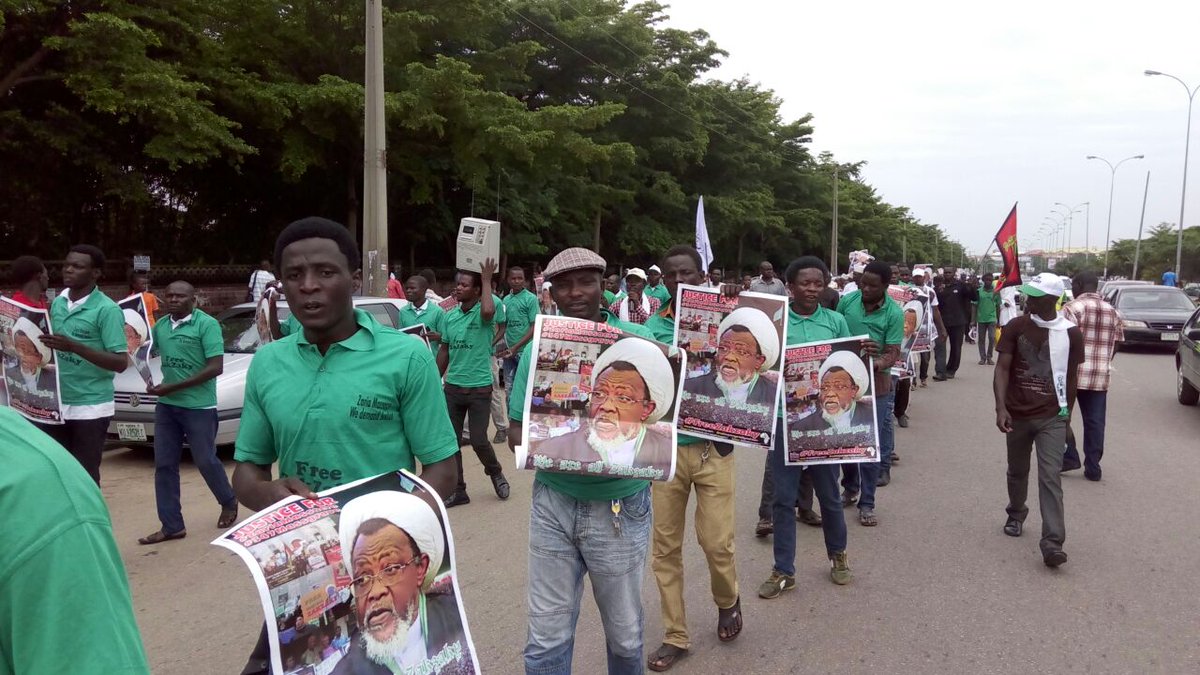