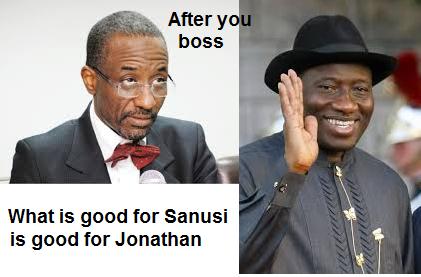 Having taken special notice of reports of the Financial Reporting Council of Nigeria, the Berne declaration, the Central Bank of Nigeria, the British Prime minister at the last World economic summit in Darvos and other investigating bodies, which indicate clearly that President Goodluck Jonathan’s tenure has been characterized by various acts of financial recklessness and misconduct which are inconsistent with the administration’s vision of a Federal Government propelled by the core values of focused economic management, prudence, transparency and financial discipline;

Being also deeply concerned about far-reaching irregularities under President Jonathan’s watch which have distracted the Federal Government away from the pursuit and achievement of its statutory mandate; and 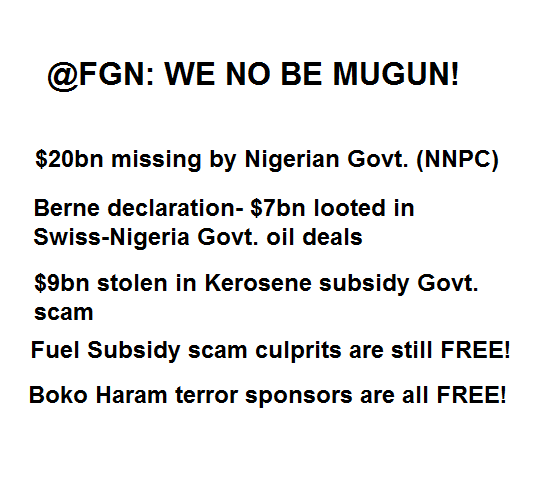 The Nigerian people have further ordered that Goodluck Ebele Jonathan should hand over to the Vice president or Senate leader of Nigeria, who will serve as Acting President until the conclusion of on-going investigations into breaches of enabling laws, due process and mandate of the FGN.

The People of Nigeria expect that as Acting President will focus on the core mandate of the Nation and conduct its affairs with greater professionalism, prudence and propriety to restore domestic and international confidence in the country’s government.

The People of Nigeria reassure all stakeholders in Nigeria’s financial and monetary system that this decision has been taken in absolute good faith, in the overall interest of the Nigerian economy and in accordance with our laws and due process.

Addendum: We the people reproduced for the president to whom the references in the letter by publicity agent, Reuben Abati better applies, the same letter sent to the CBN governor with appropriate replacements of items and names. We the people will no longer tolerate the unlimited abuse and disregard of the mandate of our elected leaders at whatever level. We will not tolerate the attempted firing of Whistleblowers in the middle of gigantic accusations of government fraud and mismanagement of billions of dollars of the nations funds. The CBN governor can be suspended only after the allegations raised for which forensic auditors were embarrassingly requested, are resolved. We may be poor. We maybe be robbed of our endowment, but we will take No More Chancing! We will protest.

You are forthwith suspended and please take the Dame with you.