The latest cross-dressing transvestite Boko Haram terrorists have just been killed along the Maiduguri-Damaturu road. This happened around 7pm Sunday evening.

The man dressed in full female Islamic garb with hijab was gunned down by vigilant Nigerian security men in operation Lafiya Dole along with another terrorist driver in their four wheel drive.

His hand bag was discovered to hold mixed contraptions of bombs and RPG head and other bomb material.

Earlier today a 10 year old bomb strapped girl was detonated at the gate of a Sunday market in Damaturu, Yobe State, killing 16 innocent victims and injuring over 50.

The blasted Jeep and terrorist bag as well as the dead terrorists’ pictures are below: 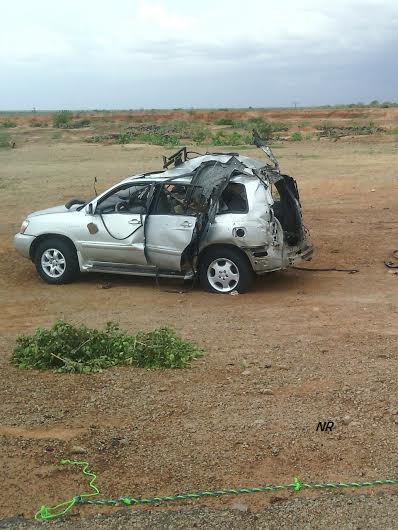 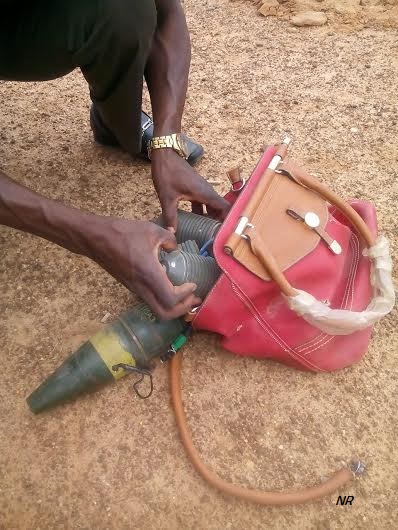 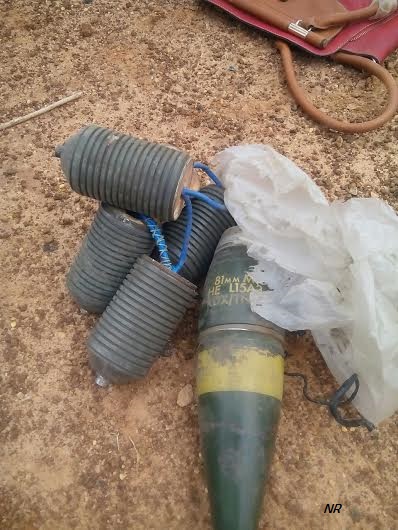