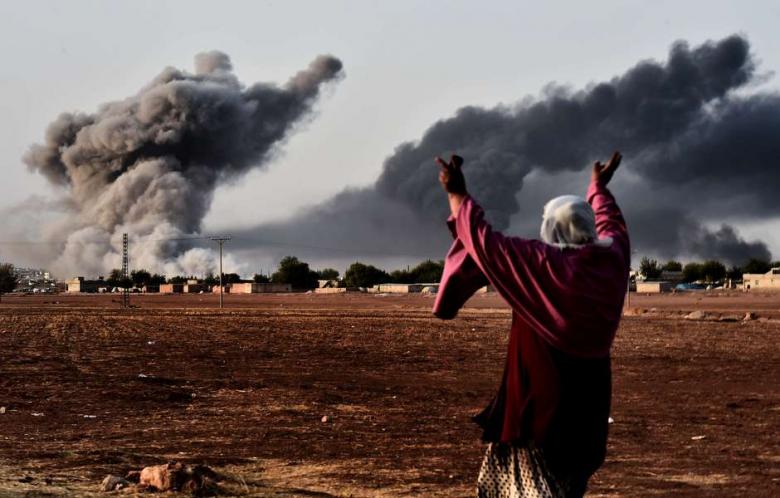 One wonders how the US would react if there were constant fighting along its approximately 1,000-km border, if there were a flood of refugees from two different countries and if nothing were being done to stop the war across the border apart from aerial bombardment that just worsen the conflict. It would immediately set up a secure zone along its own border, paying no heed to UN decisions, NATO sanctions, international law or the objections of super powers. All that and more has actually happened. In entering Iraq or Afghanistan, it did not act in the light of anyone’s approval, and neither would it do so now.

No European country would do that. Nor Iran, or Russia. None of these countries would sit back and watch a grave threat on its own borders. But things are different when it comes to Turkey, a NATO member at the gate to the Middle East and right next to a Kurdish area. The need for a secure zone on Turkey’s border with Syria, which has been discussed ever since 2013 and has again been brought up only recently, has been dismissed as simply ‘unnecessary’ by US Department of State spokesman John Kirby.

The fact is that I am quite sure that Kirby would have spoken very differently had the US’ own border crossings been held by the PYD, Daesh and units loyal to Assad. The US would immediately send troops into that border region and briefly occupy the neighboring country. Yet threats faced by other countries are for some reason unimportant, even if they are members of NATO.

There is of course a very important reason for this nonchalance in the face of this threat to Turkey: The Kurdish region in Turkey’s neighbor, Syria.

As I often say in these opinion pieces, the US secret state apparatus is making the worst possible error by supporting a terror organization such as the PKK/PYD for the sake of its 100-year plan to ‘build Kurdistan’ and play the Kurdish card against the threat from Daesh. Due to this huge error, of which it is still as yet unaware, it wishes to hand complete control of Syria’s northern border to the PYD.

That project was put into operation in recent weeks when the US handed Tal Abyad over to the PYD. The plan is now to continue with this plan with the Daesh-controlled Jalabrus, between the PYD-controlled cantons of Afrin and Kobani. The US Deep state believes that if it also hands this area over to the PYD, the result will be a Kurdish strip allied to it. That is why it finds Turkey’s demand for a secure zone so troubling.

Turkey, which is well aware of the threat of the PYD, will never agree to the strengthening and development of a Kurdish region, attempts for which are made to build on its border with US backing. The PYD advance toward Jalabrus is therefore too great a danger for Turkey to sit back and ignore.

At this point, Turkey has the right to adopt precautionary measures, the kind that the US, Europe, Iran or Russia would have no qualms about taking, without approval from the UN or international law.

Turkey shares 11 border crossings with Syria. Six of these are now in the hands of the PYD/PKK, 2 of Daesh, 2 of the opposition and 1 of the Syrian regime. It is impossible to understand what else could possibly satisfy the conditions of international law. Astonishingly, however, the UN expects evidence and justifications from Turkey to convince the rest of the world. To put it another way, the international community is closing its eyes to what is happening on Turkey’s southern border and playing the three wise monkeys.

Turkey has to establish a safe zone, especially in the areas under PYD control. If this plan is not realized under UN supervision, then it is known that it will be supported by various Middle Eastern countries.

Contrary to allegations, Turkey has no plan to join the war. Claims that various targets have been hit by making the Incirlik Air Base available to armed predators has been explicitly denied by officials from the President’s Office.

The fact that preparations for such a safe zone have also begun in Jordan, as noted by The Financial Times on June 29, legitimize Turkey’s demand from another perspective. It is very important for the safe zone to be established to ‘benefit the region.’

This will be instrumental in ending the policy adopted by the PYD, a bloody terror organization, of expanding by oppressing the Kurds while forcing the Turkmens and Arabs from the region.

The US secret state which is supporting a communist terror organization in the region while heedless of the danger will no longer be able to afford the luxury of redrawing our borders as it sees fit.

There is of course also the question of the refugees. Turkey has always been honored to host 2 million refugees who have been forced to flee from Syria.

Our Syrian brothers are our guests and can stay here as long as they wish. However, it is also essential for those Syrians who do not wish to leave their country and become refugees to be in a safe zone. Such a secure zone will be an important source of shelter for refugees now forced to flood into Turkey and Jordan.

Turkey is in fact late in establishing a safe zone. Those who interpret this as a protest against NATO, under US leadership, or as a declaration of war in Syria, must first take a rather closer look at the terrifying picture confronting Turkey. What would they do if their own countries were in this position?