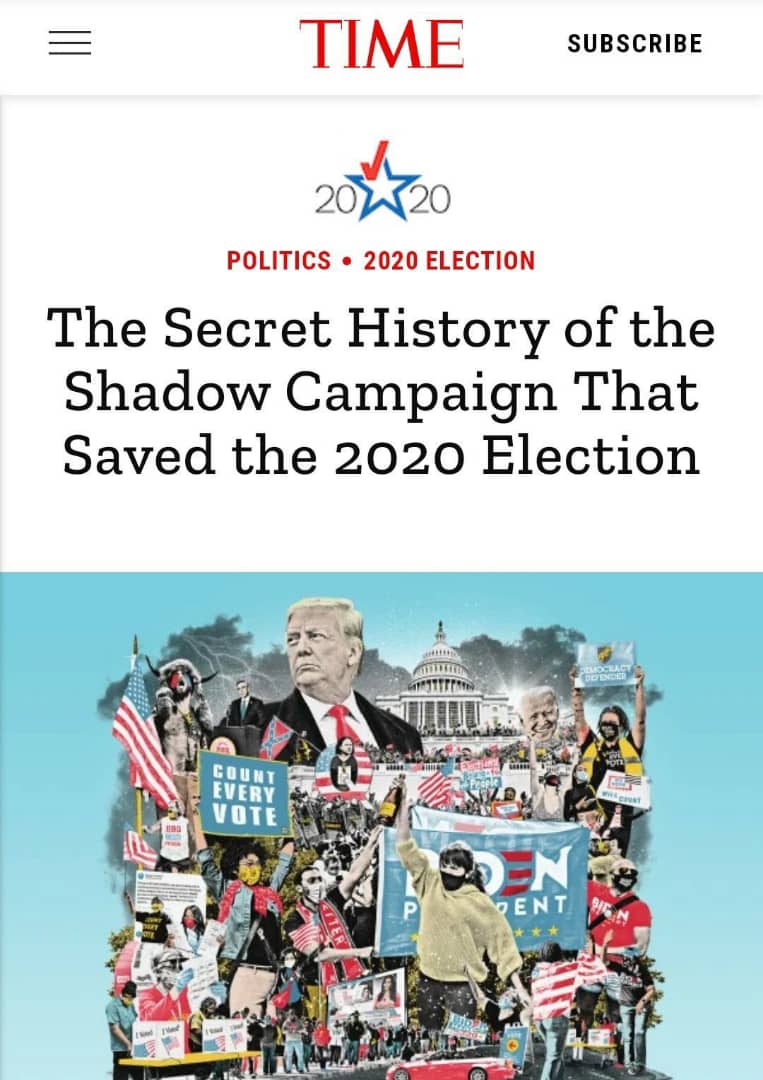 Following the secure transfer of power to president Joe Biden, TIME, a US top mainstream media paper has surprisingly admitted to the covert ‘rigging’ of the November 3rd US election to remove Trump and install Biden.

In the detailed editorial, the paper described multiple processes involving the elite, social media giants and all deep state agencies in cooperation to manipulate the entire electoral process and remove Trump.

“Their work touched every aspect of the election. They got states to change voting systems and laws and helped secure hundreds of millions in public and private funding. They fended off voter-suppression lawsuits, recruited armies of poll workers and got millions of people to vote by mail for the first time. They successfully pressured social media companies to take a harder line against disinformation and used data-driven strategies to fight viral smears.”

It is perhaps the beginning of the confession to ‘stealing the election’ by the mainstream media.

“The participants want the secret history of the 2020 election told, even though it sounds like a paranoid fever dream–a well-funded cabal of powerful people, ranging across industries and ideologies, working together behind the scenes to influence perceptions, change rules and laws, steer media coverage and control the flow of information. They were not rigging the election; they were fortifying it.”

To appreciate that these processes above constitute election rigging, see Brookings’ “How to rig an election in three not-so-easy steps” article of 2017:

‘The second way to “rig” an election is to create a system that works in favor of one candidate or one type of candidate. The general election was “rigged,” if you will, more than 200 years ago when the Founding Fathers wrote it into the Constitution and, by giving each state (no matter how small) a congressman and two senators, gave small states more clout than large states. They have the same clout in the Electoral College.’

So clearly, based on the standard definition of rigging, which entails more than just stuffing ballot boxes, the well funded cabal rigged the system and the election to give Biden the victory.

See another highlight from the TIME piece:

Tucker Carlson describes some of these rigging processes: