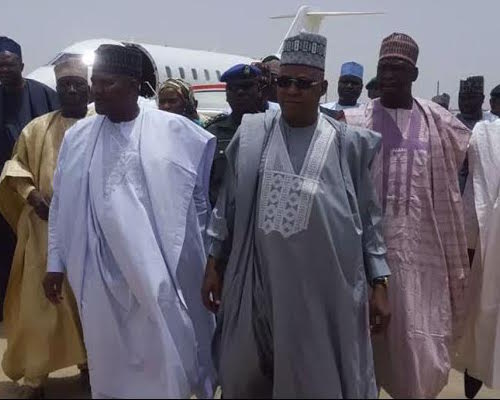 Africa’s richest man and the top 20 in the world, billionaire Aliko Dangote has promised to feed all IDPs the coming Muslim Ramadan fasting month.

The promise has sparked celebration in the land while some are hopeful of its actualization and worried about the disbursement process.

Aliko Dangote a.k.a beggar-thy-countrymen as he is known in international circles has been a chief benefactor and sponsor of Nigeria’s serial corrupt administrations.

Government oligopolist policies have patronized him giving him sole import and production rights while crippling indigenous businesses and farmers.

A billionaire made by former President Olusegun Obasanjo in the 70s, Obasanjo according to Dangote at a time gave him sole importation rights and had him import so much rice it crippled the local production, Dangote admitted.

Given sole cement production rights, duty cuts and other advantages, Dangote typically returns the favor by sponsoring presidential candidates. He was the chief backer of the PDP party and invested his billions, gave a private jet and bullet proof cars to late Yar’Adua and former President Goodluck Jonathan.

The gesture is indeed to be celebrated as a way of giving back to a nation Dangote and other cabal have solely benefited from and plundered to its carcass.