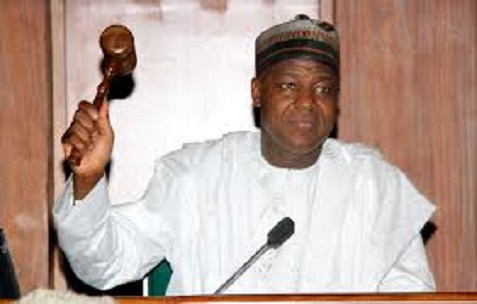 Some unnamed officials at Nigeria’s Code of Conduct Bureau (CCB) have been alerting members of the House of Representatives who played one role or another in budget planning that the Economic and Financial Crimes Commission (EFCC) wants their asset declaration forms.

Saharareporters learned that the EFCC sent requests to the Code of Conduct Bureau requesting the asset declaration forms of more than 30 members of the House of Representatives involved in corruptly padding the 2015 national budget. The EFCC’s requests are a critical part of investigations by the anti-corruption agency into the role played by key members of the lower legislative body in the massive padding of last year’s national budget.

Two officials at the Code of Conduct Bureau told Saharareporters anonymously that, instead of releasing the forms to the EFCC as prescribed by law and the bureau’s operational guidelines, some CCB staffers were calling up legislators who are targets of the EFCC requests to reveal what the EFCC was up to.

One of our two sources told Saharareporters that some of the top CCB leaders were so corrupt that they sometimes help public officials who are under investigation for corruption to change their asset declaration forms. “Once some serving or retired politicians and other public officers are exposed or under pressure, the leadership of this bureau assists them to alter their asset declaration forms,” this source said. “This enables the said officials [to] wriggle out of trouble,” he added.

Our sources cited the case of the Nigerian Chief of Army Staff, General Yusuf Buratai, who reportedly received help from the CCB’s leadership to change his asset declaration forms. “He [General Buratai] got help from the bureau to mask his corruption,” one source said.

Saharareporters learned that Speaker of the House of Representatives, Yakubu Dogara, was furious when he was informed that agents of the EFCC were asking for his and other legislators’ asset declaration forms. An EFCC source said Mr. Dogara was already making moves to prevail on the EFCC to back off from investigating the budget padding scandal.