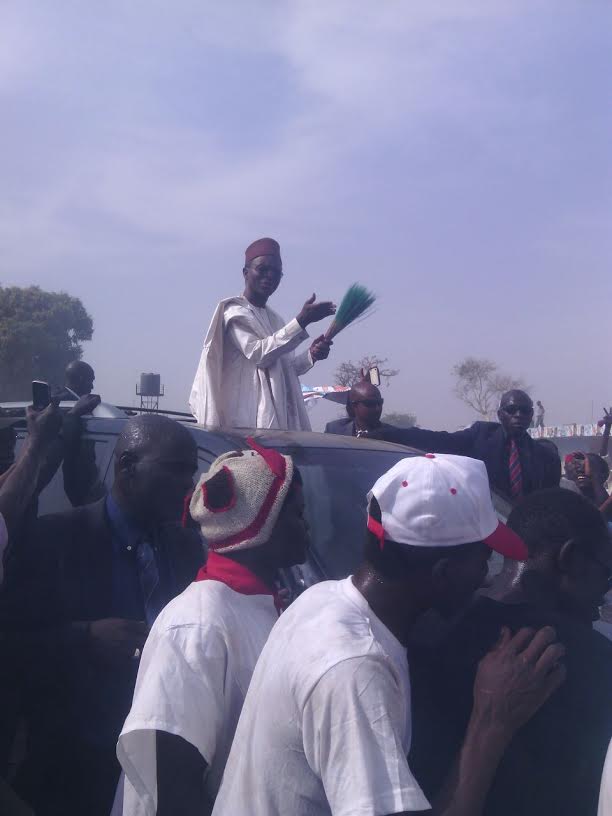 He said their was no need for them to return violence for violence even in the face of provocation by his opponents.

The former FCT minister disclosed this while addressing thousands of party loyalists in Zaria his home town.

He was at the city as part of his campaign tour in the state ahead of next month election.

“It is Almighty God that gives power and we are seeking for this power from Him and the people of Kaduna State.

” Don’t abuse peoples parents, instead respect them because they are also our own parents and we hold them in high esteem.

“Don’t return violence for violence, don’t destroy peoples posters, billboards and properties because they did same.

“Be law abiding, respect law and order, leave them to God but use your votes wisely during elections.

“Violence is not the solution but good governance that will be provided by competent, sincere, honest and God-fearing leadership.

“Our state is in need of direction, focus and practical leadership that will bring about justice, development and purposeful leadership to manage our complexities.

“Kaduna State is in search of a competent and capable sailor and crew to sail our state out of the storm.

“We are in the middle of this dangerous navigation, but we are confident that by the special grace of Almighty God we will sail to safety. It is not about us but what is best for tomorrow and the future,” he said.