Daily Trust learnt that the bomber arrived the park with a sack, but refused to be screened by people at the entrance of the bus  station in Gombe, the capital of Gombe state, North East Nigeria.

He forced his way into the premises of the park where he dropped the wired sack said to be an Improvised Explosive Device.

He then tried to run away with a remote control in his hands.

He was accosted by the people who put tires on him, doused him with petrol and burnt him alive, Daily Trust gathered.

A youth from among the crowd took the risk of taking out the IED the bomber left in the park to the main road so as to limit  the damage the bomb would cost if it explodes.

Daily Trust reports that the body of the suspect is on fire now while  officers from police anti-bomb unit have arrived the scene. 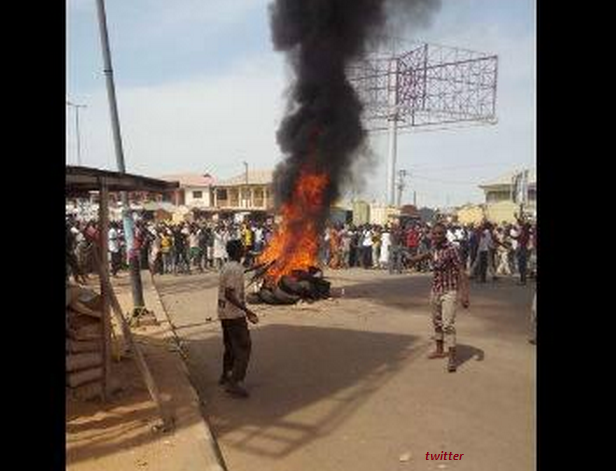