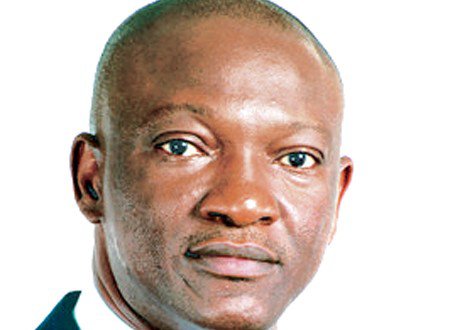 The Lagos State governorship candidate of the Peoples Democratic Party, Mr. Jimi Agbaje, has warned that if President Goodluck Jonathan fails to win next month’s election, the South-South could shut down the oil sector and this would affect the nation’s economy which is oil-dependent.

Nigeria may collapse if Jonathan does not win Presidential election

Agbaje, however, asked that if another part of the country shuts down over the failure of its candidate emerging President, would it have an equal effect on the economy since Nigeria relies heavily on the Niger Delta for its foreign exchange earnings.

Jonathan hails from the South-South while his major contender, Maj. Gen Muhammadu Buhari (retd.) of the All Progressives Congress, hails from the North-West.

The PDP governorship candidate said this at meeting in London organised by his supporters and the UK chapter of the PDP.

In the six-minute video clip posted on DiasporaPr.com, which was sighted by our correspondent, Agbaje warned that Jonathan’s victory was imperative.

“I was active in the politics of the South-West in 1999. The Afenifere of which I was a very active member, did not support Olusegun Obasanjo as President but in 2003, it was difficult for the Afenifere as an organisation to go out and tell people that they should not vote a Yoruba man into office and so what did they do? They said they would not present a candidate because they had their own son (Obasanjo) who was running for office. That is the politics of that country.

“Now, in 2015, we are saying that the South-South has presented a candidate and we are talking about equity and some are saying that he should not be given a second term. This is a very difficult thing.

“In argument, some have said ‘what will happen?’ Well, people will be upset and they have shown that they have the power to shut down the system. I am not saying it is justified but the reality is there. If the system is shut down, where are we as a country?

“These are the realities that we have to allow. First, we have to sell the achievements of our person but we have to understand the politics of our country that we are still doing turn by turn and it must run in a way that is equitable.”

Agbaje said Jonathan had done very well but his achievements were not been publicised well enough.

He said Buhari was too old to rule, adding that he was being controlled by people with selfish ambition.