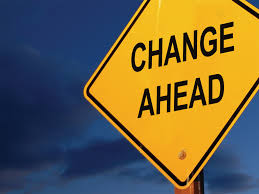 No sooner had we cast our votes than the change came. Of course,
it came in the sense that the election of March 2015 was unique of its
kind. This is because it manifested a winning or rather a victory of
the then opposition party (APC) over the unpopular ruling party (PDP),
which was so astonished by a multitude of Nigerian citizens as it had
never happened in the history of the country a free and fair election.
And as the election suited majority of the voters it resulted in
wild celebrations, which in jubilating that landslide, a quite number
of the citizens were injured while others lost their lives.

In the wake of election, there was swearing in of the new government
which most of the people believed to lead them equitably thereby
boosting their life securely, educationally, socially and above all
economically. Since its inception on duty by 29th May, 2015 the new
government of president Muhammadu Buhari has been witnessing “all eyes
on me” routine, peculiarly by people who misconceptualise change to
mean holding their arms and waiting for the government to wholly bring
them their heart desires without putting themselves into any
engagement, which is not what change factually means. This is because,
change does not come willingly as I quoted a scholar, Aliyu Muri
saying “You do not wait for change to come. It does not come willingly.
You have to force it to come.”

Virtually, going by the above scholarly opinion,  we have to ask
ourselves if we are really forcing the change to come. We did it
initially thereby voting our good choice that we believe to lead us
impartially, and of course his assumption into power has somewhat
wiped away some security challenges, elements of corruption and in
addition has increased the value of the country in the eyes of many
nations, and indeed, these are progressive issues as Mr. President
buttrasses “If after 10 months into a new administration, the only
major problem confronting Nigeria is that of insufficient fuel for
local consumption, not corruption, not insecurity and not federal
sponsored impunity; then we are making progress”. For this main time,
we ought to strive ourselves in many engagements that will consciously
or subconsciously force the change to come. In this regards we need to
change our attitudes first; by being morally good, and then
concentrate on various gainful exercises. Thus,  the change that
provides us with positive security living means we should strategise
ourselves in any lawful business be it small or big one that in one
way or the other invigorates our economic status. Those with
educational zeal among us should break their back through facing their
school activities which at the end will lead them to success.

In conclusion, minding our business is what will help us to rate
ourselves on how strongly and assertively we are inviting the change
to come.