Security agents of the Nigerian government have began a clampdown on religious activities of Shia Muslims firing tear gas and shots at walking faithfuls embarking on their annual Arbaeen trek from Kano to Zaria.

As many as one hundred are reported killed. Forty corpses were counted at the Kano Mal Aminu Hospital mortuary as scores were killed and injured so far. The police are also reported to be carting away dead bodies, possibly for secret mass burial as is commonly done by the Nigerian government.

The Buhari government has proscribed Shia Islam in the country with a population of over 9 million Shias. Buhari has also detained IMN leader Zakzaky and his wife for almost a year without trial thus showing an official government policy to repress the minority Muslims in Nigeria.

Very wrong and mischievous account of their massacre of peaceful trekkers. I was a victim of their tear gas. https://t.co/pVeSDB4CKq

PRESS STATEMENT: POLICE KILLED MANY IMN MEMBERS IN KANO -IMN
Well armed police men in close to a hundred police trucks today 14/11/16, opened fire on the peaceful Arbaeen trek to Zaria in the outskirts of Kano metropolis, killing close to a hundred members of the Islamic movement (IMN) including women and children. The exact number of those killed or maimed by police bullets is still being ascertained since most of the corpses were again ferried away by the police (possibly for mass burial).

The trek had started like in previous years solemnly, orderly and peacefully without hitches. Shortly after, a contingent of armed policemen appeared and started firing teargas on the trekkers without provocations. Because of the massive turnout, the trek continued and when IMN members reached a neighborhood called Kwanar Dawaki, about five Kilometers from Kano, police opened fire on the trekkers with live ammunition.

The firing by the police was randomly carried out that they also hit their colleague, and we are not unmindful of possibility they would claim we did it, similar to what they did in Zaria. Their antecedent and evil schemes are glaring. Already they have engaged the services of unscrupulous paid agents to push down the throats of the public that it was “clash” or even “exchange of fire” through falsified news reports. What vindicates us however is the very peaceful conduct of previous and present treks.

The World bears witness to our peaceful conduct in the face of persecution. No one can simply attribute violence to us overnight. We learnt of the attack as it was being plotted and we exposed it much earlier. That the security forces brazenly executed it in broad daylight only further exposes who actually are the assailants. IMN is left bewildered as to why it is now criminal for some people to choose to trek to a certain town of their wish on foot, while not impeding the smooth flow of traffic along the highway. We view the unwarranted killings by the police as continuation

We aren’t terrorist but a peaceful entity y @channelstv @daily_trust @MobilePunch trying to label us as bad, unconfirmed broadcasting is bad pic.twitter.com/qkunGon6iO

@GovUmarGanduje I really doubt if you know what you did today. More than 40 corpses of #IMN members lying at Mal Aminu Hospital mortuary pic.twitter.com/tVKnnP1zwi 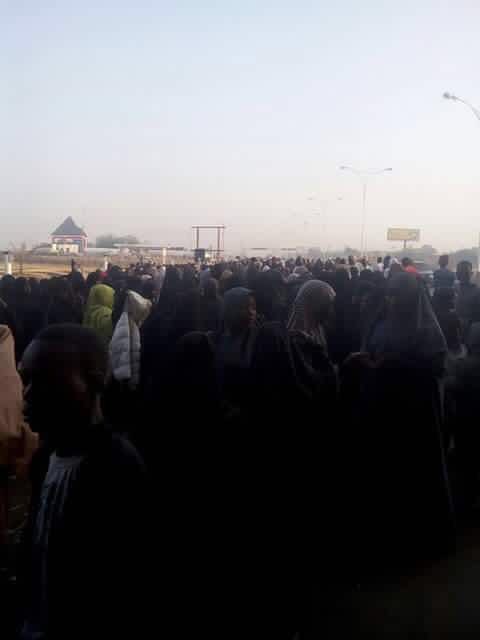 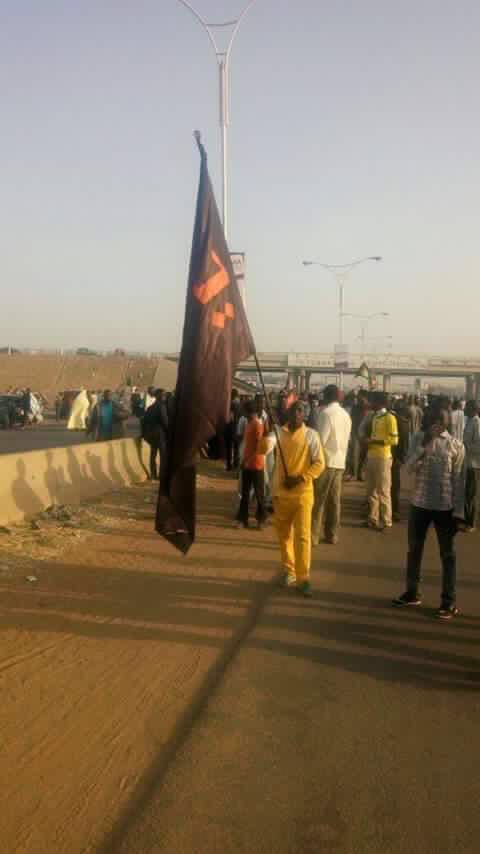 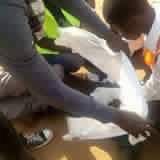 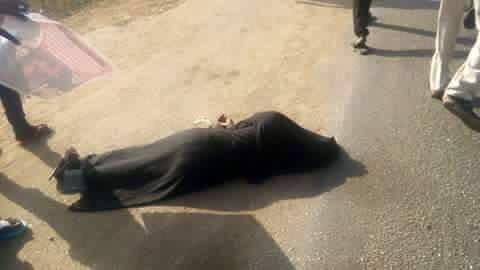 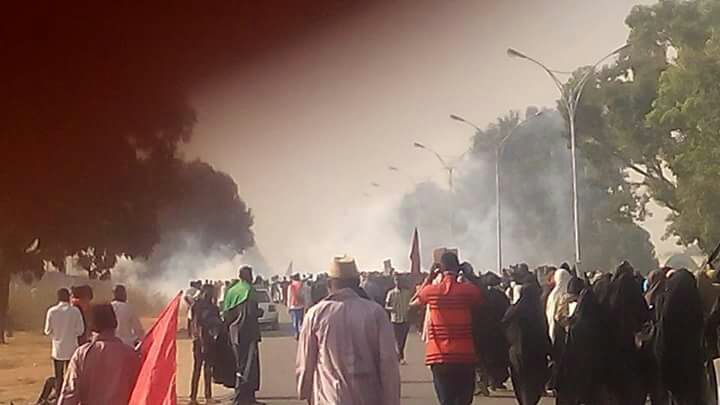 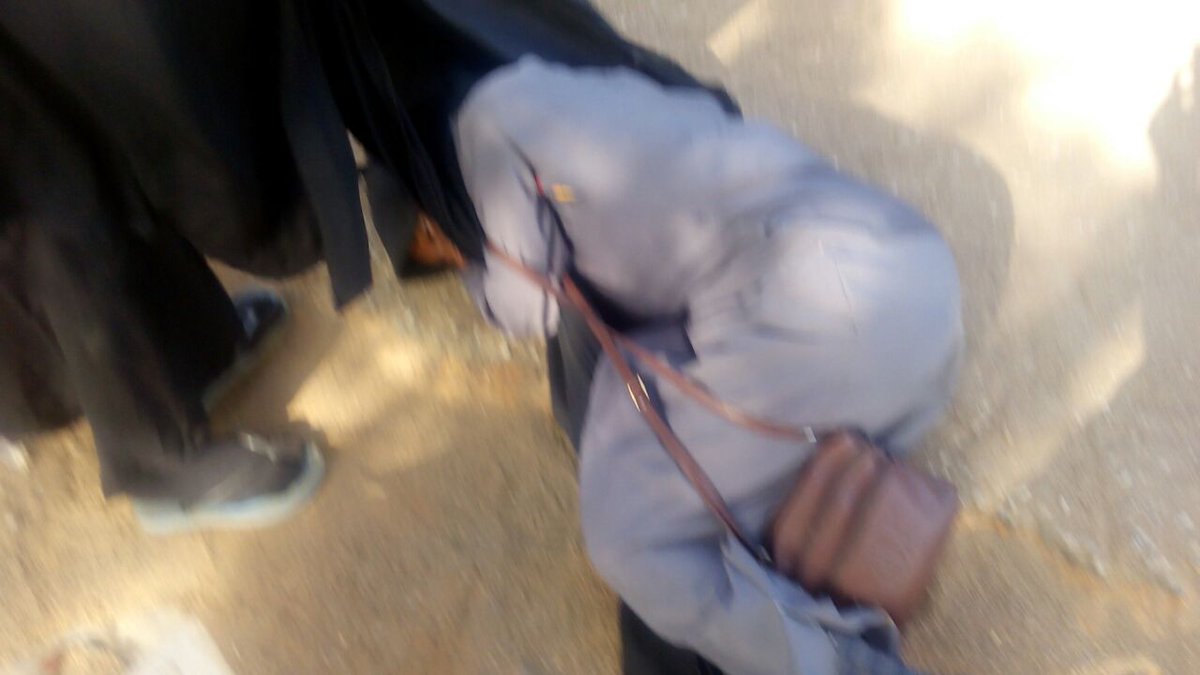 Last year, bomb didn’t stop us, why do u think that ur bullets, teargas can stop us? @PoliceNG @MBuhari
No Jupiter can stop us @adeyanjudeji pic.twitter.com/BUyvGaW6uO

@GovUmarGanduje History will record whatever we do. As part of what you did, we already put to record, the murder of 40+ #IMN members pic.twitter.com/He613XdtCq

@channelstv the number killed exceeds 50 but u put 8 this is cruel injustice against humanity @PoliceNG @MBuhari #arbaeenTrekNigeria pic.twitter.com/7Og3R2Io7S

More  images of the trek in the past years, showing a peaceful nature, not blocking roads as is alleged under Buhari:

This is how we trek during #ArbaeenTrekNigeria. They say we block the roads. We have a better traffic control pic.twitter.com/WfVGAQ2teY

#ArbaeenTrekNigeria is a peaceful religious program that will harm no Nobody. Why is @MBuhari trying 2 kill Shiites? pic.twitter.com/MZscahizAi

#ArbaeenTrekNigeria, Attacked or not we’ll do it, you have to know that @MBuhari @elrufai @HQNigerianArmy @HRC @hrw pic.twitter.com/KoXZ5CQoVi

#ArbaeenTrekNigeria We will treck for Imam Hussein (as) even if you are going to cut our legs and hands!!!

The trek is said to be like a breast cancer walk that raises awarness and invokes compassion and tolerance: