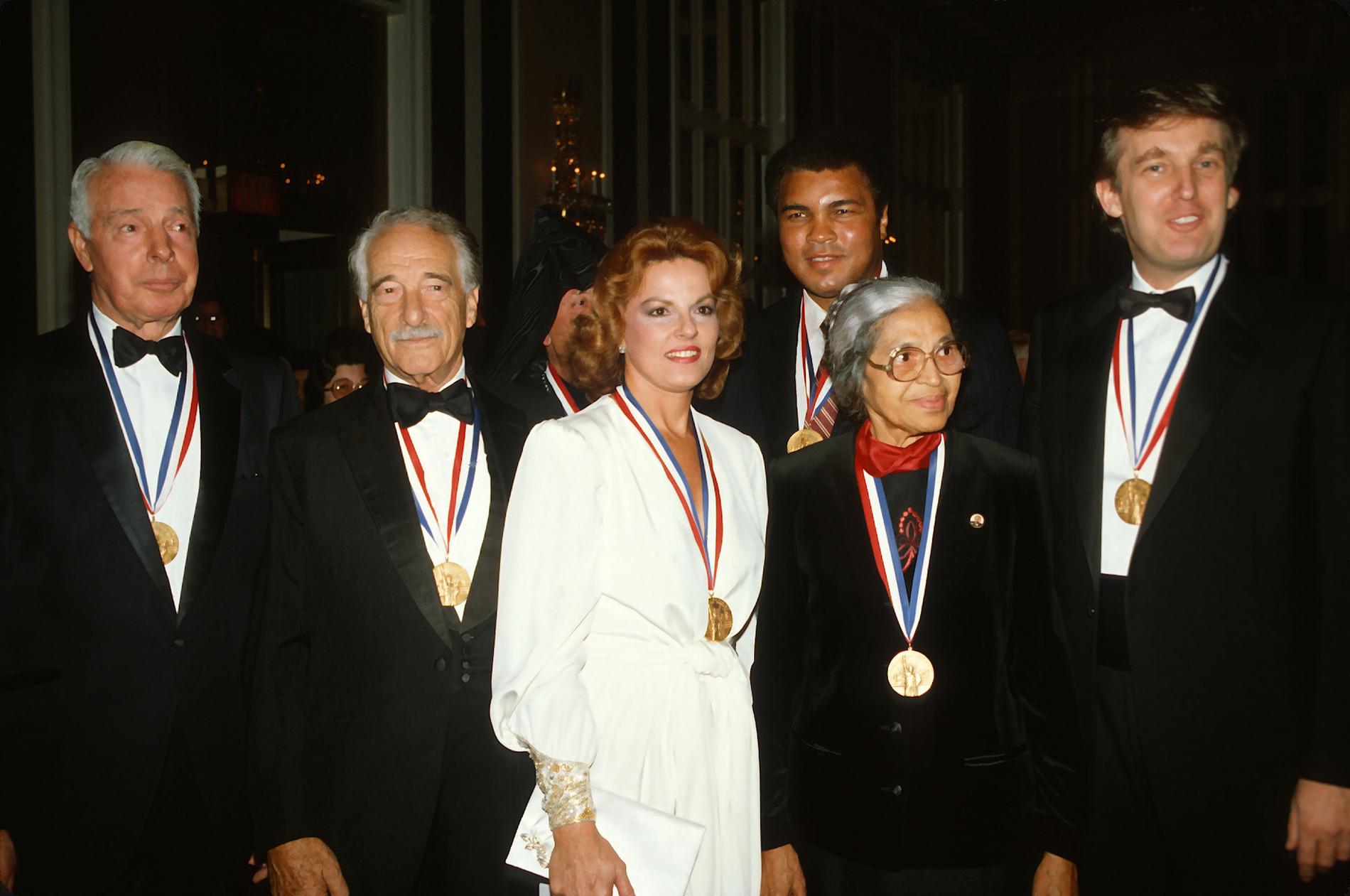 The Trump you don’t know.

America’s President-elect Donald Trump is seen in the authentic picture above in 1986 alongside several other prominent Americans, such as Rosa Parks and Muhammad Ali, as recipients of the “Ellis Island Award.”

This was the first year of the Ellis Island award and it was given to Donald Trump among others from a selection of 15,000 nominees.

Eighty Americans from 42 ethnic groups were named yesterday as recipients of the Ellis Island Medal of Honor by the Statue of Liberty-Ellis Island Foundation.

The medals will be presented to the recipients, all either naturalized or native Americans, at a ceremony Oct. 27 on Ellis Island. That is the day before the 100th anniversary of the dedication of the Statue of Liberty, the final event of the 1986 Liberty Centennial observances. …

Those named yesterday were selected from more than 15,000 nominations. The winners, a mixture of prominent and relatively unknown citizens, were screened by the National Ethnic Coalition of Organizations, which was selected for the work by the foundation.

The National Ethnic Coalition of Organizations lists its reasoning behind the awards on its website:

The ELLIS ISLAND MEDALS OF HONOR are awarded annually to a group of distinguished American citizens who exemplify a life dedicated to community service. These are individuals who preserve and celebrate the history, traditions and values of their ancestry while exemplifying the values of the American way of life, and who are dedicated to creating a better world for us all.

It also lists its award recipient criteria, including:

The American Mirror asked, if Trump was a racist then, why would he have been honored by such an organization?

Establishment website Snopes confirms the authenticity of the image and award:

Snopes: The photograph is real. It was taken on 27 October 1986 by Getty photographer Yvonne Hemsey at a ceremony honoring the recipients of the Ellis Island Medal of Honor. (Joe DiMaggio, Victor Borge, and Anita Bryant are also featured in the photograph.)