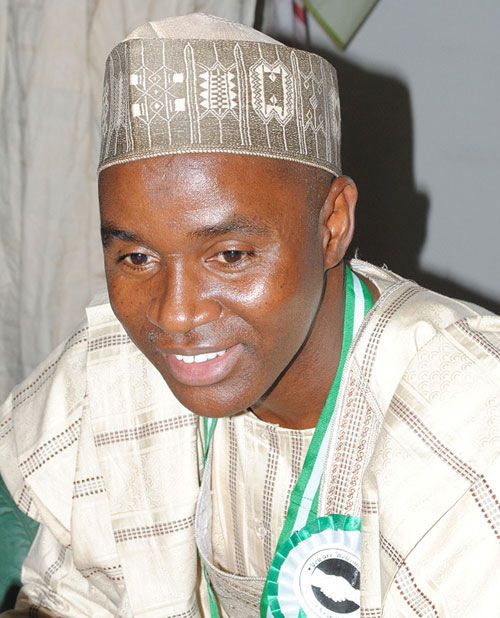 Alhaji Umar Abdullahi Tsauri (TATA) is a true nationalistic figure. He lives an honorable life. Tata serves as an example of integrity and loyalty to the people; he has good communication and inter-personal skills. He can work with a range of other people, regardless of political party or opinion, to achieve the greatest good for the general population.

Tata has strong character, conscience and charisma. He is always willing to listen to the needs of the people. He has  the courage to stand up and say what needs to be said – rather than just tell the general public what it wants to hear and always  willing to make difficult (and possibly unpopular) decisions for the greater good.

His political view is, “To serve Allah and humanity in such a way that it will make sense to all”. Tata got interested in politics based on the opportunities it provides to serve people. He believes “we are here to help one another; to support, inspire, promote & give a helping hand when needed.” Within period of involvement of Tata in politics, he has undertaken several philanthropic gestures such as giving out motorcycles, keke napeps, and cars to less privileged. He also gave free drugs to primary health care centers and General Hospitals across Katsina State.

Some selected students are under his scholarship scheme as said by him that, “Education is the ingredient for national development.” Currently, Tata is planning a marriage of over five hundred brides and their grooms in Funtua zone of Katsina State. Other gestures of his, if mentioned here, would take hours to read. All of the above are signs and qualities of a good leader.

I don’t have any relationship with Tata. In fact, I only saw him once. That was during launching of the National Association of Katsina State Students’ (NAKATSS) Almanac in A.B.U Zaria (2012), where he was the chief launcher. I am not a member of any political party, what I only see is that personality like Tata can bring about positive change in Katsina state.

Let’s set aside negative attitudes and concentrate all our energies on getting to our common destination. All hands must be on deck. Let us unite to ease the pains of today while working for the gains of tomorrow. Let us set aside cynicism and strive for the good society that we know is within our reach. Let us discard the habit of low expectations of ourselves as well as of our leaders. Let us not seek the Republican answer or the Democratic answer, but the right answer. Let us not seek to fix the blame for the past. Let us accept our own responsibility for the future.

Let us be in one accord now; to build a society worthy of our children. We have the talent. We have the intelligence. We have the ability. It is better to be violent, if there is violence in our hearts, than to put on the cloak of nonviolence to cover impotence.

The challenge is great. The goal is clear. The time is now.