Democratic contester Hillary Clinton has been celebrated for winning the Popular vote in the November US presidential elections.

Of course Donald Trump won the presidency as the US system is based on winning in electoral colleges which means not fighting for large states like California and New York where Donald invested little funds, but contesting across the map. “Small states count,” Donald tweeted.

The facts are that Hillary’s large margin all boiled down to a single state: California. 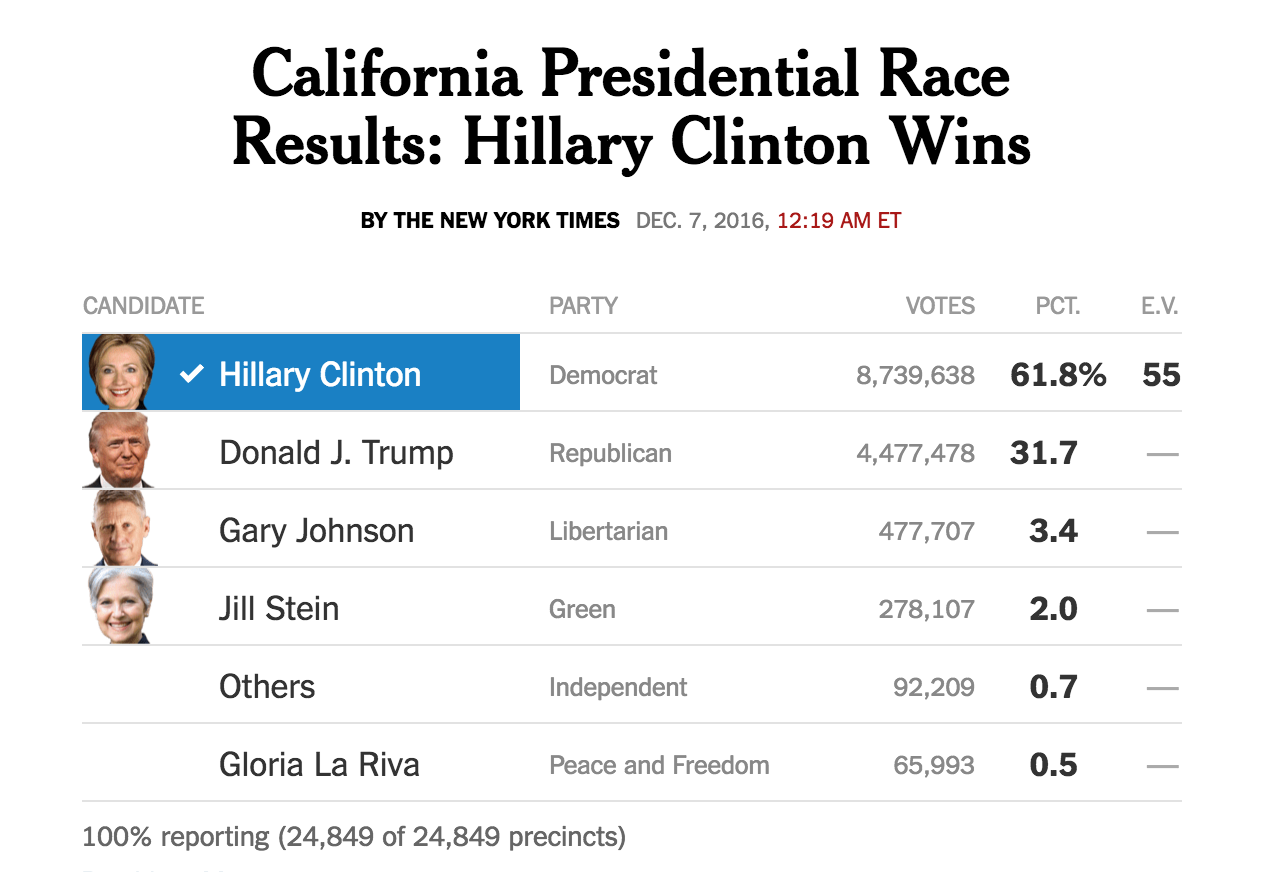 Hillary was a staggering 4.2 million votes ahead of Trump from this single state alone. In an impressive show of popularity across the country, Trump cut this massive California bonus across all the other states down to over 2 million.

The Alt-Right has also accused that there was massive illegal voting in California. This has not been proven.