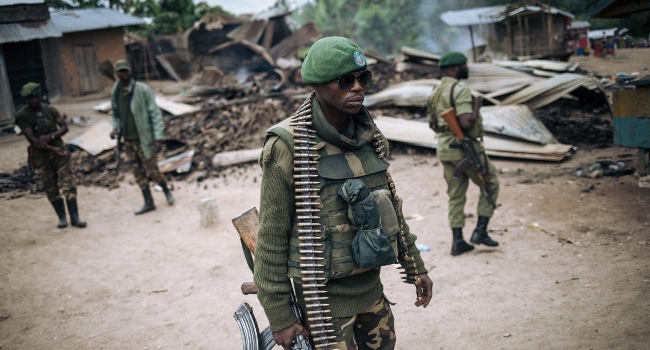 Forty Burundian rebels have been killed in a joint offensive by the militaries of Democratic Republic of Congo and Burundi in eastern DRC, a Congolese army spokesman said on Sunday.

The two armies “carried out a high-intensity offensive operation” against Burundian rebels of the National Liberation Forces (FNL), Lieutenant Marc Elongo-Kyondwa said in a statement.

The enemy “suffered a heavy loss of men and equipment: 40 attackers neutralised (killed),” he said.

The two armies “dislodged” the FNL “from all the four hills overlooking the town of Nabombi,” considered a command post of the FNL’s self-proclaimed general Aloys Nzabampema, he added.

The Congolese army called on local people to cooperate with the regular forces and “young people to dissociate themselves from armed groups”, the statement quoted Congolese General Major Ramazani Fundi, commander of operations in the southern part of the province, as saying.

The FNL is a branch of Agathon Rwasa’s former rebel group, now the main political opposition in Burundi.

Since August, Burundian soldiers charged with fighting armed groups have been officially present in DRC’s South Kivu region, as part of the Community of East African States (EAC) force.

In June, the EAC decided to set up a regional force, comprising the Kenyan and Ugandan armies alongside Congolese soldiers in North Kivu and Ituri, the South Sudanese army in Haut-Uele and Burundians in South Kivu.

Kinshasa, which accuses Rwanda of actively supporting M23 rebels in North Kivu, has refused to allow Kigali to take part in the force