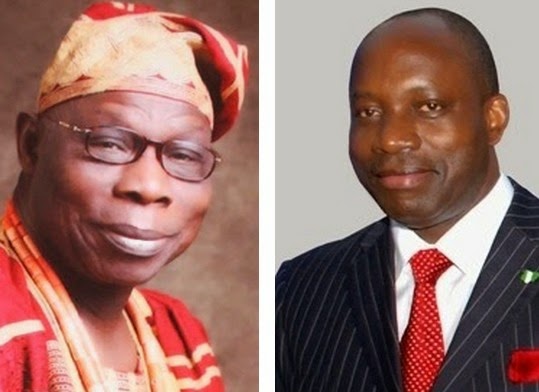 A senior lawyer, Femi Falana, on Sunday said he would not apologise to former Central Bank Governor Chukwuma Soludo over his allegationthat the ex-bank chief “dolled” out $7 billion government funds to bankers while he was in office.

Mr. Soludo has denied the allegation, saying he acted right in his dealings as Central Bank chief.

Mr. Falana, however, said he based his statement on facts made available by the Central Bank during Mr. Soludo’s stewardship.

On October 3, 2006, the Central Bank of Nigeria under the management of Professor Chukwuma Soludo gave a loan of $7 billion to 14 commercial banks in Nigeria. The loan was confirmed by the  Head of the CBN Corporate Affairs , Mr. Festus Odoko when he announced that “deposits worth $7 billion representing the apex bank’s share of the foreign reserves estimated at about $38 billion has been released to the consortium of bankers.” (The Guardian newspaper of 5/10/2006)

Barely four days later, a respected economist, Mr. Henry Boyo challenged the illegal claim that the $7 billion was a “share” of the CBN in the nation’s foreign reserves. Since the funds belong to the three tiers of Government by virtue of section 162 of the Constitution Mr. Boyo rightly stated that “the Senate and the House of Representatives would have defaulted in their constitutional duties if CBN is not invited to defend why $7 billion of our reserves should be ‘given’ to 14 banks without oversight approval.” (Vanguard newspaper of October 9, 2006).

Having confirmed that the banks have failed to liquidate the said $7 billion loan I have asked the Economic and Financial Crimes Commission to investigate the illegality of the loan and recover same together with other huge funds which have been criminally diverted or withheld from the Federation Account. With respect, the denial of the $7 billion loan by Professor Soludo  has supported the request for a thorough investigation of the allegations contained in my petition. However, having regard to the facts and circumstances of the controversial loan, Professor Soludo may wish  to direct his demand for apology to Mr. Festus Odoko!