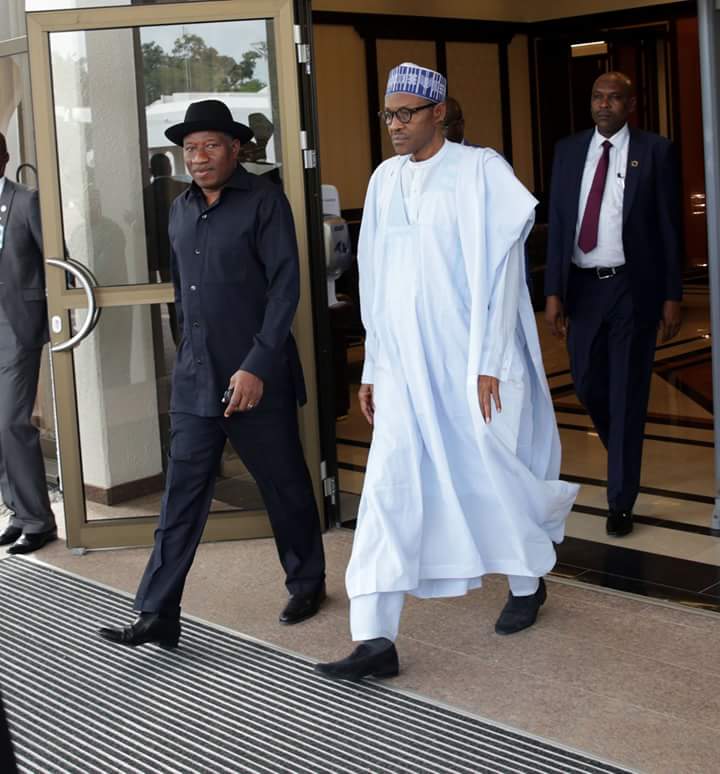 ABUJA — CITING  mismanagement of funds, the Senate, yesterday, asked President Muhammadu Buhari to begin immediate probe of his predecessor, Dr Goodluck Jonathan, in his handling of the Subsidy Re-investment and Empowerment Programme, SURE-P.

The red chamber said it was imperative that President Buhari ask his predecessor to account for every penny spent during the latter‘s administration on the SURE-P and other poverty alleviation programmes.

This came just as it ruled against the  implementation of the N5,000 monthly stipend to unemployed Nigerian youths as the President promised during his campaign.

The advice to probe Jonathan was sequel to an additional prayer moved by Senator Babajide Christopher Omoworare to Senator Bassey Albert Akpan-sponsored motion, entitled: “Urgent need to curb the soaring rate of unemployment in Nigeria,” which he presented for consideration during yesterday’s plenary.

After the initial recommendations of the motion, Senator Philip Aduda raised an additional prayer, urging the Federal Government to fulfill one of its numerous campaign promises.

“The Federal Government should immediately commence the payment of the N5,000 monthly stipend it promised during the pre-election campaign,” Aduda moved.

This led to bickering between senators of the ruling All Progressives Congress, APC and opposition Peoples Democratic, PDP.

The Senate President, Senator Abubakar Bukola Saraki, however, intervened, after about 22 minutes to bring the bickering to an end.

Saraki asked Aduda to repeat his additional prayer, which he latter did.

When Saraki put the additional prayer to voice vote, the shout of ‘ayes’  from the opposition senators signifying their call for strict implementation of the President’s campaign promise was overwhelming but the Senate President, however, hit his gavel for the ‘nay’  shout from the ruling party senators, who were against the implementation  of the policy.

The Senate President, thereafter, gave Omoworare the privilege of raising another additional prayer.

“I want to move that the immediate past government be made to account for every penny spent on SURE-P and other poverty alleviation programmes, and I so move, Mr. President,” Omoworare said.

When Saraki put the question to voice vote, the ayes response came from the APC senators, but the PDP senators kept mute to the nay call.

“The latest statistics as released by the bureau reveals that economically active population, or working age comprising Nigerians within the age range of 15 to 64, is now 103.5 million, increasing from 102.8 million in the last quarter of 2015, while the unemployed labour force now stands at 74 million Nigerian youths. This is truly a calamity,” he noted.