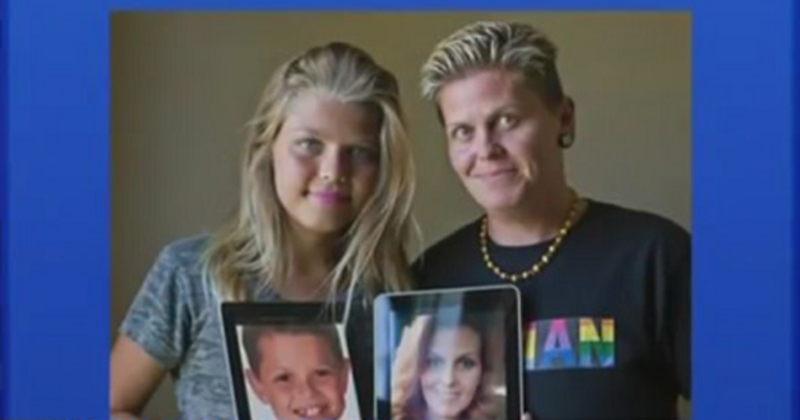 According to ABC News anchors Robin Roberts and Juju Chang, there’s nothing more “inspiring” than a mother and son deciding to pump themselves full of hormones and undergo gender reassignment surgery.

On Tuesday’s Good Morning America, anchor Robin Roberts and Nightline anchor Juju Chang touted a story of a mother and son both declaring themselves as transgender and getting gender re-assignment hormones and surgery. The two ABC anchors mutually gushed over the “incredible” “moving” and “touching” story. At the end of the report, Roberts and Chang even praised the courage of the mother for being “inspired” to change genders because of her child’s transformation.

The report began with Roberts hyping the “incredible” and “moving” story of the family’s transition:

ROBERTS: We’re back now with that incredible story of a father and daughter the two of them undergoing undergoing the gender reassignment process together and Nightline’s JuJu Chang our good friend is here, this is such a moving, touching story.

Chang then started her report on the “amazing” family who “knew as kids that something was off with their gender”:

CHANG: Jaw-dropping story about an amazing family. There are two generations, a metaphor really, for the transgender journey. They both say they knew as kids that something was off with their gender but Corey came out at 15 and mom watched her daughter brave the bullies. She said then she could no longer deny she too was transgender. They’ve always had a special mother/son bond but together they transitioned to father/daughter. Learning from each other every step of the way.

ABC conveniently leaves out the fact that the two apparently came to this realization after watching a documentary on transgenders together, according to People Magazine.

Indeed, they reportedly watched a documentary on “Jazz Jennings,” aka Jaron Bloshinsky, back in 2012 and “Corey came out to [his] parents right after watching the film.”

Such is the power of Hollywood propaganda, and rather than let the boy’s balls drop to clear up any confusion in his mind, his mom rushed to place him on hormone blockers to screw him up for life.

In a sane world this mother would be jailed for child abuse and the boy would be handed over to CPS, instead the media is celebrating their “incredible,” “inspiring” “transgender journey.”

Meanwhile, these same anchors will turn around and attack a Christian baker for choosing, with their body, not to bake a cake.