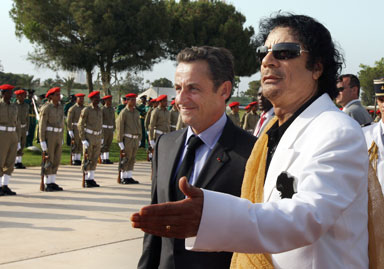 Imperialism killed another one of our Pan-African leaders under the old illusion of making things better. History has conclusively vindicated those who challenged this Western “better”. Those who do not get it, will be fooled again tomorrow and after tomorrow. But let this date go down in history as a reminder. And in Brother Gaddafi’s own words: “Any one of you may be next”, a truer word has not been spoken. – African Holocaust.

A French secret serviceman acting on the express orders of Nicolas Sarkozy is suspected of murdering Colonel Gaddafi, it was sensationally claimed today.

He is said to have infiltrated a violent mob mutilating the captured Libyan dictator last year and shot him in the head.

The motive, according to well-placed sources in the North African country, was to stop Gaddafi being interrogated about his highly suspicious links with Sarkozy, who was President of France at the time.

Gaddafi’s Last Formal Speech To The People Of Libya

In the name of Allah, the beneficent, the merciful…

For 40 years, or was it longer, I can’t remember, I did all I could to give people houses, hospitals, schools, and when they were hungry, I gave them food. I even made Benghazi into farmland from the desert.

I stood up to attacks from that cowboy Ronald Reagan, when he killed my adopted orphaned daughter, he was trying to kill me, instead he killed that poor innocent child. Then I helped my brothers and sisters from Africa with money for the African Union.

I did all I could to help people Understand the concept of real democracy, where people’s committees ran our country. But that was never enough, as some told me, even people who had 10 room homes, new suits and furniture, were never satisfied, as selfish as they were they wanted more.

They told Americans and other visitors, that they needed “democracy” and “freedom” never realizing it was a cut throat system where “the biggest dog eats the rest”, but they were enchanted with those words, never realizing that in America, there was no free medicine, no free hospitals, no free housing, no free education and no free food, except when people had to beg or go to long lines to get soup.

No matter what I did, it was never enough for some, but for others, they knew I was the son of Gamal Abdel Nasser, the only true Arab and Muslim leader we’ve had since Salah-al-Deen, when he claimed the Suez Canal for his people, as I claimed Libya, for my people, it was his footsteps I tried to follow, to keep my people free from colonial domination – from thieves who would steal from us. 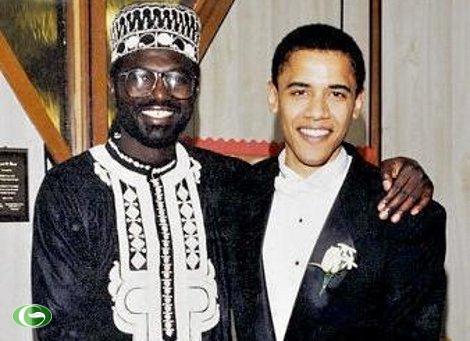 Now, I am under attack by the biggest force in military history, my little African son, Obama wants to kill me, to take away the freedom of our country, to take away our free housing, our free medicine, our free education, our free food, and replace it with American style thievery called “capitalism”, but all of us in the Third World know what that means, it means corporations run the countries, run the world, and the people suffer.

So, there is no alternative for me, I must make my stand, and if Allah wishes, I shall die by following His path, the path that has made our country rich with farmland, with food and health, and even allowed us to help our African and Arab brothers and sisters.

I do not wish to die, but if it comes to that, to save this land, my people, all the thousands who are all my children, then so be it.

When others were building castles, I lived in a modest house, and in a tent. I never forgot my youth in Sirte, I did not spend our national treasury foolishly, and like Salah-al-Deen, our great Muslim leader, who rescued Jerusalem for Islam, I took little for myself…

In the West, some have called me “mad”, “crazy”, but they know the truth yet continue to lie, they know that our land is independent and free, not in the colonial grip, that my vision, my path, is, and has been clear and for my people and that I will fight to my last breath to keep us free, may Allah almighty help us to remain faithful and free.

Facts about Libya under Muammar Gaddafi
• There was  no electricity bills in Libya; electricity is free … for all its citizens.
• There was  no interest on loans, banks in Libya are state-owned and loans given to all its citizens at 0% interest by law.
• If a Libyan is unable to find employment after graduation, the state would  pay the average salary of the profession as if he or she is employed until employment is found.
• Should Libyans want to take up a farming career, they receive farm land, a house, equipment, seed and livestock to kick start their farms –this was all for free.
• Gaddafi carried out the world’s largest irrigation project, known as the Great Man-Made River project, to make water readily available throughout the desert country.
• A home was considered a human right in Libya. (In Qaddafi’s Green Book it states: “The house is a basic need of both the individual and the family, therefore it should not be owned by others.”)
• All newlyweds in Libya would receive 60,000 Dinar (US$ 50,000 ) by the government to buy their first apartment so to help start a family.
• A portion of Libyan oil sales is or was  credited directly to the bank accounts of all Libyan citizens.
• A mother who gives birth to a child would  receive US $5,000.
• When a Libyan buys a car, the government would  subsidizes 50% of the price.
• The price of petrol in Libya was  $0.14 per liter.
• For $ 0.15, a Libyan local could  purchase 40 loaves of bread.
• Education and medical treatments was all  free in Libya. Libya can boast one of the finest health care systems in the Arab and African World. All people have access to doctors, hospitals, clinics and medicines, completely free of charge.
• If Libyans cannot find the education or medical facilities they need in Libya, the government would fund  them to go abroad for it – not only free but they get US $2,300/month accommodation and car allowance.
• 25% of Libyans have a university degree. Before Gaddafi only 25% of Libyans were literate. Today the figure is 87%.
• Libya had  no external debt and its reserves amount to $150 billion – though much of this is now frozen globally.