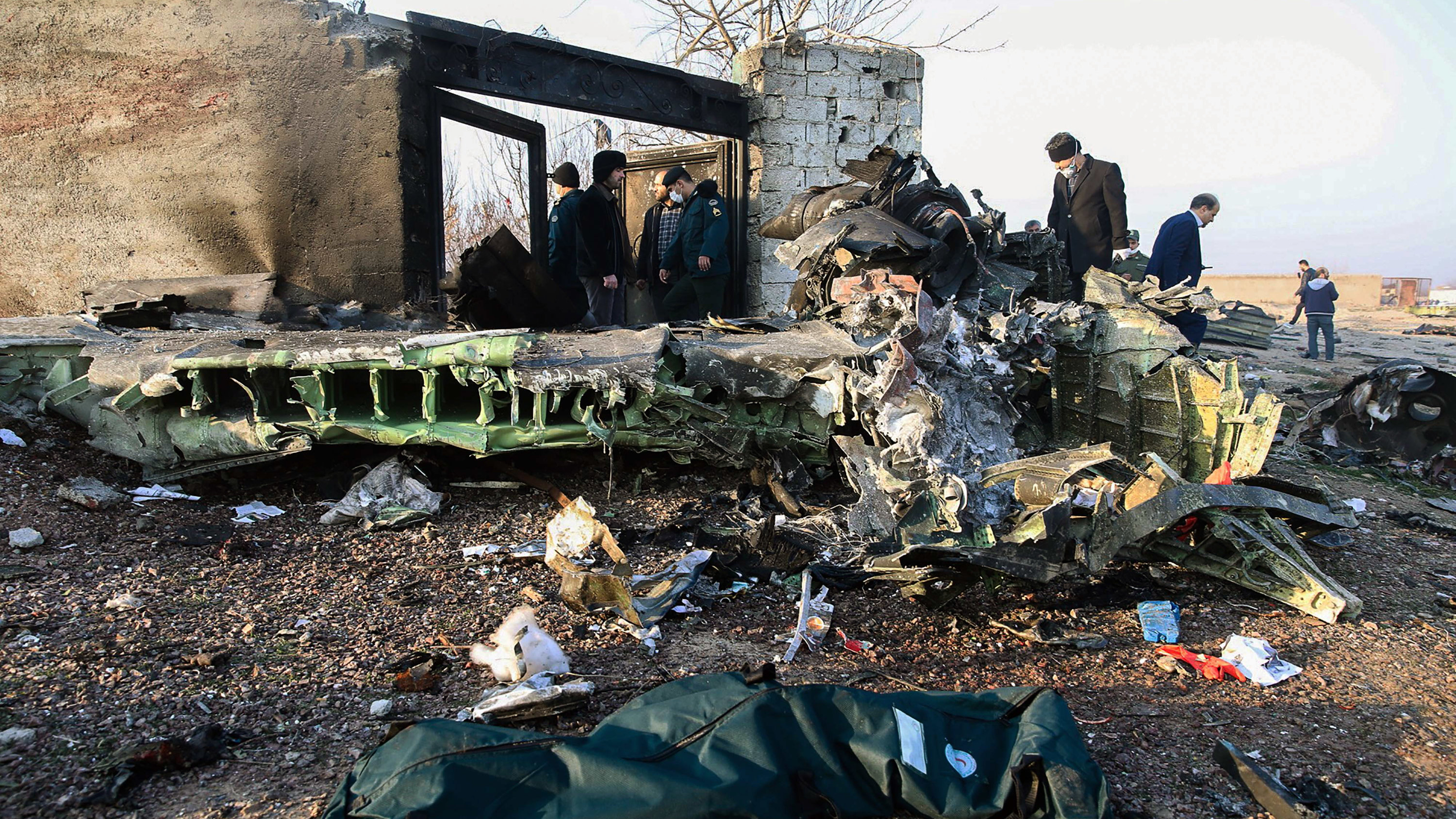 “Gen. Amir Ali Hajizadeh, the head of the Guard’s aerospace division, said his unit accepts ‘full responsibility’ for the shootdown. In an address broadcast by state TV, he said that when he learned about the downing of the plane, ‘I wished I was dead.’

“He said Guard forces ringing the capital had beefed up their air defenses and were at the ‘highest level of readiness,’ fearing that the U.S. would retaliate. He said an officer made the ‘bad decision’ to open fire on the plane after mistaking it for a cruise missile.” AP

Iran has admitted it fired a missile that brought down a passenger plane shortly after it took off from its main airport on Wednesday morning, effectively backtracking on fervent denials.

“A sad day. Preliminary conclusions of internal investigation by Armed Forces: Human error at time of crisis caused by US adventurism led to disaster,” Iranian foreign minister Javad Zarif said in a statement Saturday morning. “Our profound regrets, apologies and condolences to our people, to the families of all victims, and to other affected nations.”

A Boeing 737-800 passenger plane operated by Ukrainian International Airlines went down shortly after take off from Imam Khomeini International Airport in Tehran at about 6:12 a.m. All 176 passengers and crew members on board, including 82 Iranians, were killed.

There were immediate suspicion that the plane was shot down because the incident came as Iran was firing missiles against American targets in Iraq through the night on Wednesday. But Iran quickly dismissed the claim, with a senior official describing it as “a big lie” on state television.

Ukraine also initially dismissed reports that the plane was shot down, but later retracted after emerging evidence began showing high possibility of a missile attack.

But on Thursday, a day after the crash, Prime Minister Justin Trudeau of Canada announced that evidence from Canadian and other Western intelligence outfits showed Iran fired a missile at the plane. Canada had the highest number of nationals on the plane: 63. Germany, the United Kingdom and Ukraine also had citizens on it.

Ukrainian aviation experts had been given access to the flight recording devices that were recovered shortly after the crash, but it was not immediately clear whether they had commenced analysis.

Iran had said it would seek support from international partners, especially from France and Canada, to study evidence collected from the crash site.