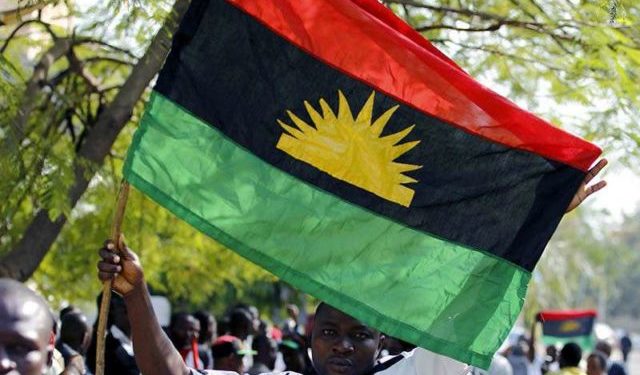 The Indigenous People of Biafra (IPOB) on Sunday says the Eastern Security Network (ESN), the military wing of the group, has got a new commander.

This is coming barely 24 hours after men of the Nigeria Police Force and their counterparts from the Nigerian Army and State Security Service (SSS) in a joint operation stormed the operational headquarters of ESN in Awomama Village, Oru East Local Government Area of Imo state, killing Commander Ikonso and other members of the group.

The group however declined to make his name public.

“ESN are not the ones that attacked Uzodinma’s house. They cannot come for an operation and tell you they are ESN,” he said.

When asked to explain the group’s operational activities, he said, “We pursue Fulani herdsmen from the region.”

Speaking on the new instituted security outfit by the South East governors, ‘Ebubeagu’, Powerful said, “They are a ghost security outfit. There is no group like Ebubeagu.”

Nnamdi Kanu, leader of the group, had in December 2020 launched ESN to protect the people of South-East and South-South regions from terrorists and bandits allegedly trooping in from the North.

The IPOB leader described the outfit as a replica of the Western Nigeria Security Network, also known as Amotekun, earlier launched by the South-West governors to curb insecurity in the region.

“The sole aim and objective of this newly formed security outfit known as Eastern Security Network are to halt every criminal activity and the terrorist attack on Biafraland,” Kanu had said.

“This outfit, which is a vigilante group like the Amotekun in the South-West and the Miyetti Allah security outfit, will ensure the safety of our forests and farmland, which terrorists have converted into slaughter grounds and raping fields.”