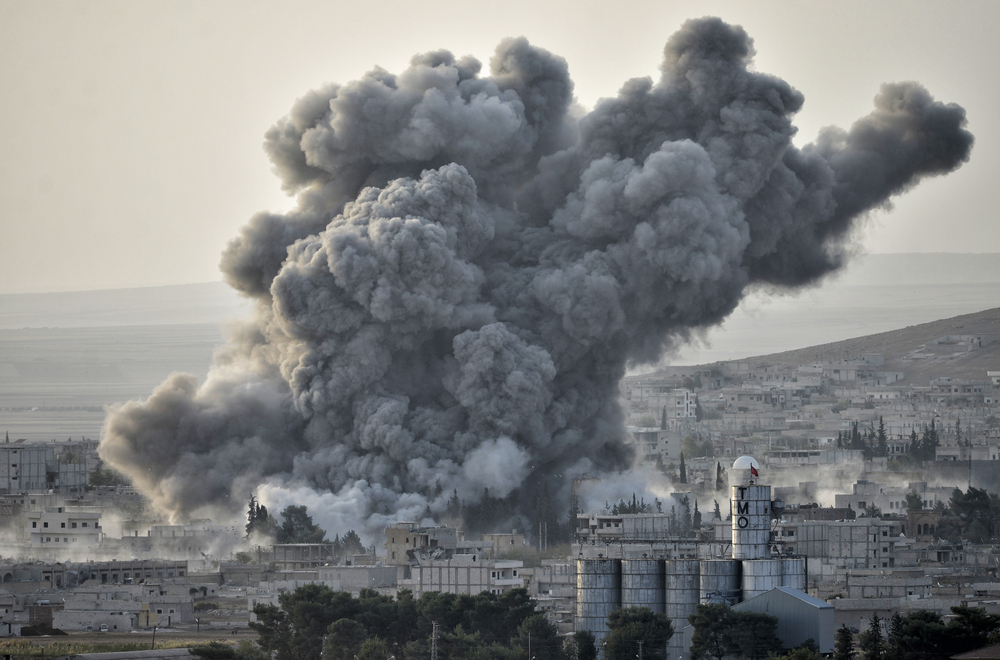 Mosque in Aleppo province was full of worshippers at evening prayer when it was hit by fighter jets, monitor says.

Dozens of people have been killed after fighter jets struck a packed mosque during prayer time in a rebel-held village in northern Syria, according to a monitoring group and activists.

The Syrian Observatory for Human Rights, a UK-based group tracking developments in Syria’s conflict, said Thursday’s air raids in al-Jina, southwest of Atarib in the western countryside of Aleppo, killed at least 42 people and wounded dozens.

The jets reportedly struck at the time of evening prayer so the mosque was full of worshippers, with local activists saying up to 300 people were inside at the time of the air raids.

Rami Abdel Rahman, head of the Observatory, which monitors the war via a network of contacts across Syria, said that most of those killed were civilians.

“Many people are still trapped under rubble and we believe the number of casualties will increase,” he told the DPA news agency.

The village is located in one of the main rebel-held parts of Syria, the northwest that includes Idlib province and the western parts of Aleppo province, and its population has been swollen by refugees, according to United Nations agencies.

The Idlib Press Centre, which is run by activists, said at least 50 people were killed in the attack.

Activists posted pictures of bodies scattered on the floor near the mosque.

Teams with the White Helmets organisation, a volunteer rescue group that operates in rebel-held parts of Syria, also shared images of people being pushed into ambulances and panic-striken residents searching among the rubble for survivors.

The Syrian and Russian military have carried out many air raids in Idlib and Aleppo provinces during the war.

The United States has also carried out strikes there in recent months, targeting an armed group that until last year was a formal affiliate of al-Qaeda.