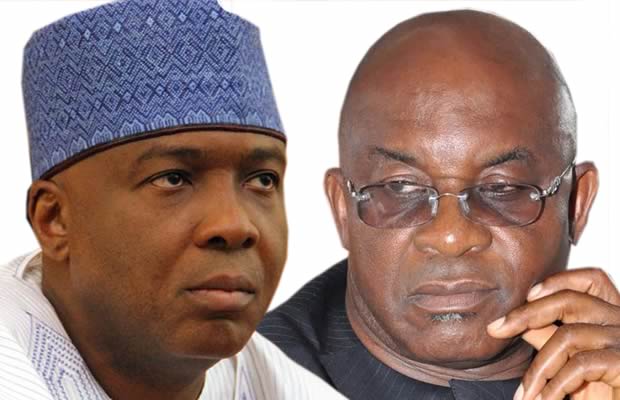 At the conclusion of work on the Bill to amend the CCB and CCT, the Assembly successfully altered section 18 (2) to enable the National Assembly to confer additional powers on the CCB instead of the president.

The Bill stopped the president from enjoying the powers of exempting public officers from investigation and trial.
Instead, it gave that power to the National Assembly.

The Bill, initiated and first passed by the House of Representatives, was transmitted to the Senate for concurrence in May.

With the concurrence of the Senate and the House, the Bill is expected to be sent to President Muhammadu Buhari for assent.

The bill’s passage is coming as the president of the Senate, Bukola Saraki, who doubles as chairman of the National Assembly, faces trial at the CCT, over allegation of asset falsification.

The charge was brought against Mr. Saraki in 2015 by the Code of Conduct Bureau.

The introduction of the bill to the National Assembly was opposed by many Nigerians, who saw the move as an attempt to emasculate the CCB and CCT at a time Mr. Saraki has a case before them.

Section 18 (1) of the existing Act reads says “The President may, by order, exempt any cadre of public officers from the provisions of this Act if it appears to him that their position in the public service is below the rank which he considers appropriate for the application of those provisions.

Section 18(2) of the existing Act provides that “The President may, by order, confer on the Bureau such additional powers as may appear to him to be necessary to enable it to discharge more effectively the functions conferred upon it under this act.”

The Senate also agreed with the House that the appointment of chairman of the CCB be based on tenure of two terms of five years each.

The Bill reduced the tenure of the chairman of the Bureau and members from serving until they attain 70 years to a term of five years, subject to the confirmation of the Senate.

“The chairman and members shall serve for a term of five years subject to renewal for one further term.”

Section 20 (4) has made it mandatory that the appointment of the chairman and members of the CCT be subjected to the confirmation of the Senate.

Another significant amendment effected to the CCT/CCB Act is to make it compulsory for any case of breach or non-compliance to be brought to the notice of the person concerned.

“This is to enable him to make a written admission of such breach or non-compliance and where such is done, there shall be no reference to the tribunal,” the bill says.

A key peg of Mr. Saraki’s defence at the CCT has been that the CCB did not avail him fair hearing after spotting a suspected breach in his asset declaration filings.

But the passage of the Bill on Thursday witnessed the exchange of unpleasant words on the floor of the upper chamber.

Deputy President of the Senate, Ike Ekweremadu, who presided over the session, had to intervene to restore peace.
Contributing, Ahmed Lawan (APC – Yobe) said the passage of the bill would be seen as a move by the Senate to favour itself. He said the Senate was merely a “moderator of legislation”.

“This bill emanated from the House of Representatives and our colleagues there passed it. I agree totally with the submissions of some of our colleagues that we don’t have to tarry to pass it.

“We will be doing ourselves and this national assembly a better service if we step down this thing and move on some other things that will make this a better bill, only when we convince ourselves that what we are trying to do is not for our sake.”

“I feel very passionate about this that whatever we feel about any situation that we are in, let’s make sure that that thing doesn’t get into us when we legislate for the sake of our people.” (NAN)