Amnesty International has confirmed that the US Army gave ISIS $1 billion worth of arms and equipment in Iraq during President Obama’s final year in office, according to a report.

The data was obtained by the human rights group following a freedom of information request for a 2016 government audit.

“This audit provides a worrying insight into the US Army’s flawed — and potentially dangerous system for controlling millions of dollars’ worth of arms transfers to a hugely volatile region,” Patrick Wilcken, Amnesty’s researcher on international arms control, said in a statement. 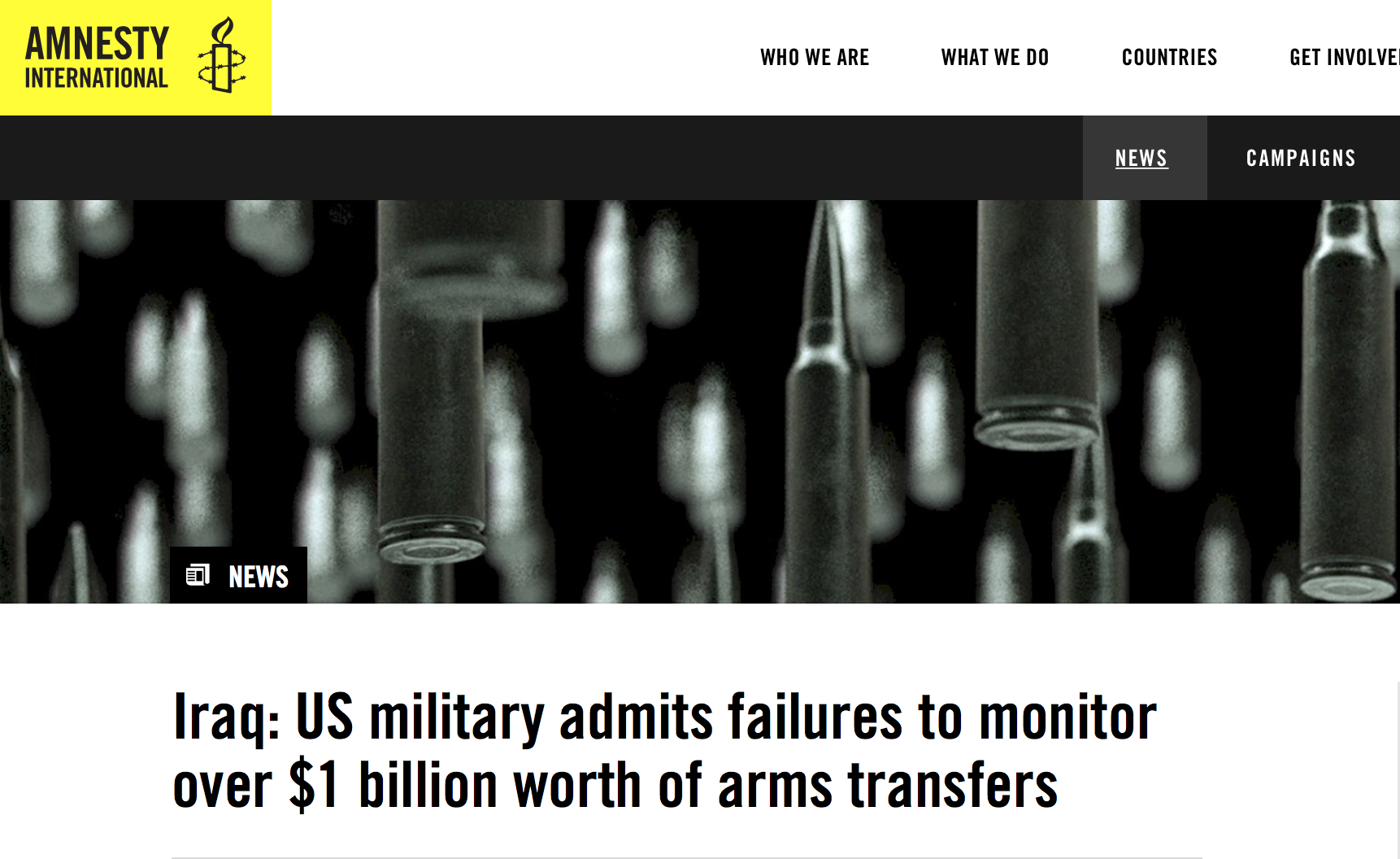 “It makes for especially sobering reading given the long history of leakage of US arms to multiple armed groups committing atrocities in Iraq, including the armed group calling itself the Islamic State.”

In 2015, the US gave $1.57 billion worth of equipment to Iraq to help them fight ISIS through the Iraq Train and Equip Fund.

Now it has been revealed they also funded the enemy, providing them with weapons.

The Army’s 1st Theater Sustainment Command “did not have accurate, up-to-date records on the quantity and location of [Iraq Train and Equip Fund] equipment on hand in Kuwait and Iraq,” the Pentagon’s inspector general wrote in the audit, The Hill reports. 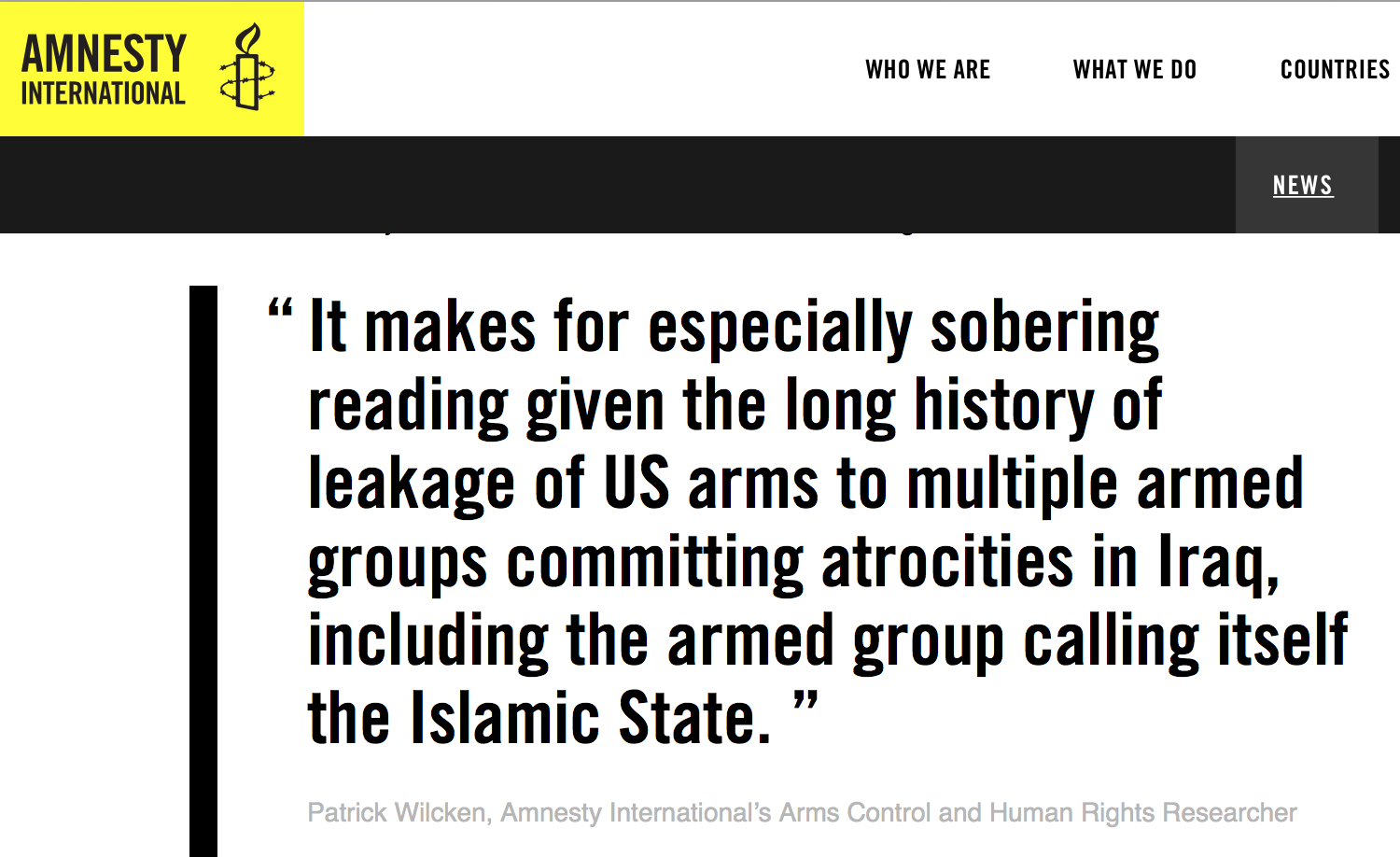 Tens of thousands of assault rifles, hundreds of mortar rounds and armored Humvees were among the equipment given to ISIS in Iraq, Amnesty said.According to Amnesty, the US army’s lack of control over its weapons was also exposed in a 2015 audit.The 2015 audit prompted Congress to commit to keeping a stricter control of its weapons.

Your Newswire reports: Hawaii Rep. Gabbard went to Syria on a secret fact-finding mission to wade through the lies and propaganda and find out what is really happening on the ground.

Immediately on her return CNN booked her for an “exclusive” interview – and Gabbard told them exactly what they didn’t want to hear: she has proof the Obama administration was funding ISIS and Al-Qaeda.

Explaining to Jake Tapper that she met people from all walks of life in Aleppo and Damascus, Gabbard said that Syrians “expressed happiness and joy at seeing an American walking their streets.” But they also wanted to know “why is it that the United States, its allies, and other countries, are providing support, are providing arms, to terrorist groups like Al-Nusra, Al-Qaeda, ISIS, who are on the ground there, raping, kidnapping, torturing, and killing the Syrian people?

“I didn’t have an answer for that.”

That was more than Jake Tapper, who was hostile from the beginning of the interview, could handle.

His face screwed up, Tapper lashed out, saying, “Obviously the United States government denies providing any sort of help to the terrorist groups you are talking about, they say they provide help for the rebel groups.”

If that was supposed to Tapper’s knockout blow, Gabbard saw it coming a mile away.

Without missing a beat, she calmly deconstructed his ideological, and savagely wrong, talking points.

“The reality is, Jake – and I’m glad you bought up that point – every place that I went, every person I spoke to, I asked this question to them. And without hesitation, they said ‘there are no moderate rebels, who are these moderate rebels that people keep speaking of?’’

“Regardless of the name of these groups, the strongest fighting force on the ground in Syria is Al-Nusra or Al-Qaeda and ISIS. That is a fact. There are a number of different other groups, all of them are fighting alongside, with or under the command of the strongest group on the ground that is trying to overthrow Assad.”