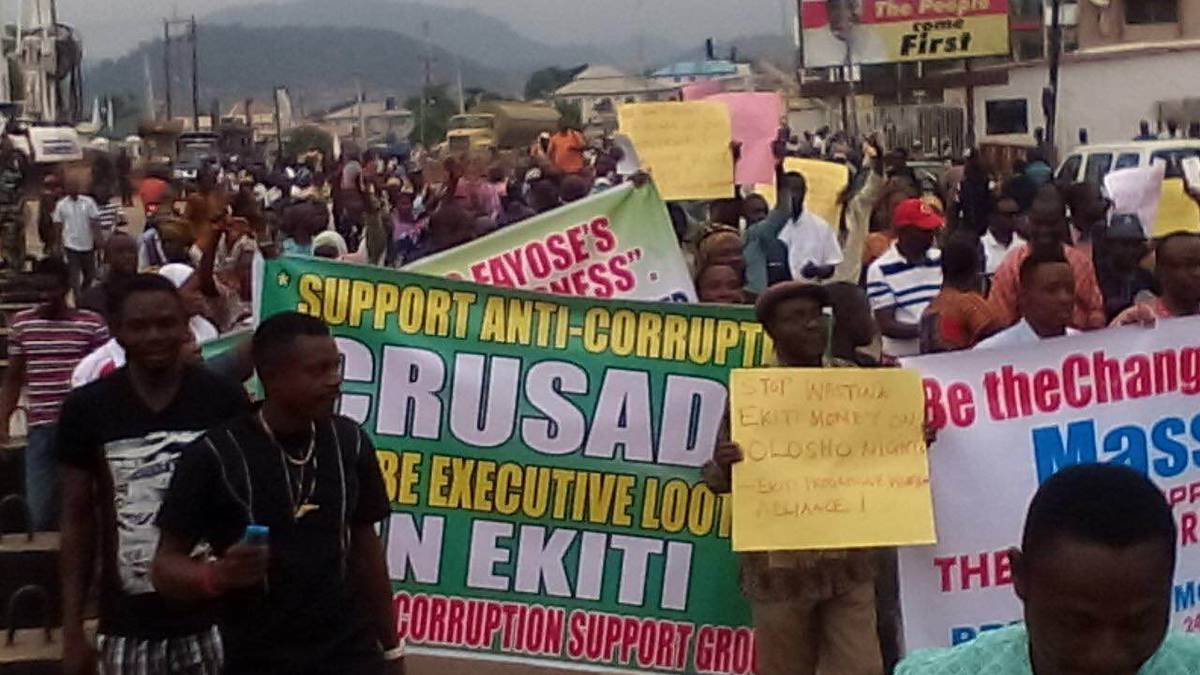 Members of the public engaged in a protest against embattled Ekiti state Governor, Ayodele Fayose after revelations that the state governor had laundered billions of naira from funds stolen from the office of the National Security Adviser in 2014 to fund his election. Mr. Fayose and a former Minister of State for Defense, Musiliu Obanikoro laundered at least N4.7billion for the election. The funds have been traced to 3 bank accounts operated by the governor, his wife, and close aides. The Economic and fFnancial Crimes Commission has since frozen the accounts

Today workers, students and market women embarked on an anti-corruption protest that started from the Fajuyi area of Ado-Ekiti, the state capital.