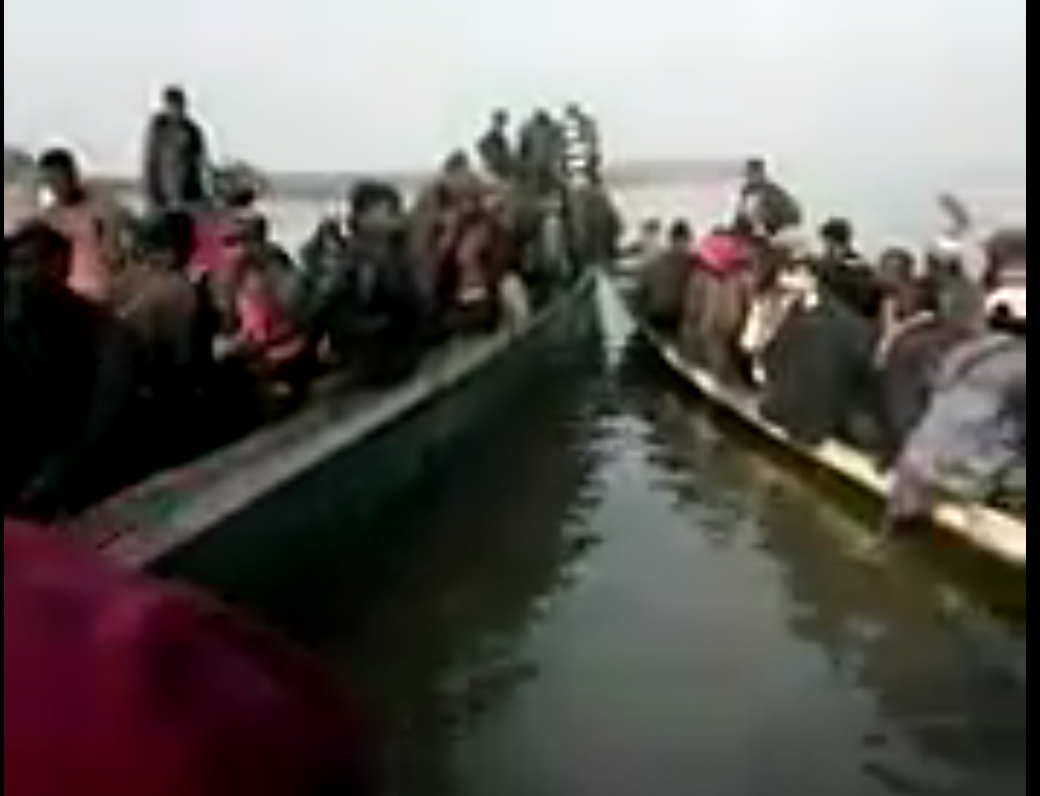 A video obtained by SBM Intelligence depicts dozens of armed men in boats, crossing the River Benue, on their way to wreak havoc on Agatu community in Benue state.

The men in the video, armed with AK 47s and other sophisticated weapons, conversed in languages believed to be Fulfude, Hausa, Gurma and Zarma.

Gurma and Zarma are languages indigenous to the Republic of Niger, a neighboring country to Nigeria.

The sheer number of the men moving unhindered and armed to teeth to carry out a coordinated genocide questions the ability of the security agencies in the country to ensure the safety of lives and property given how long it would have taken the armed men to cross the river and arrive their destination.

The distance between suspected crossing point and the nearest border crossing in Katsina is a stretching 802 km.

The video was discovered on the mobile phone of one of the herdsmen after he was killed in an attack in Logo, two weeks after making the video.

Watch the video below