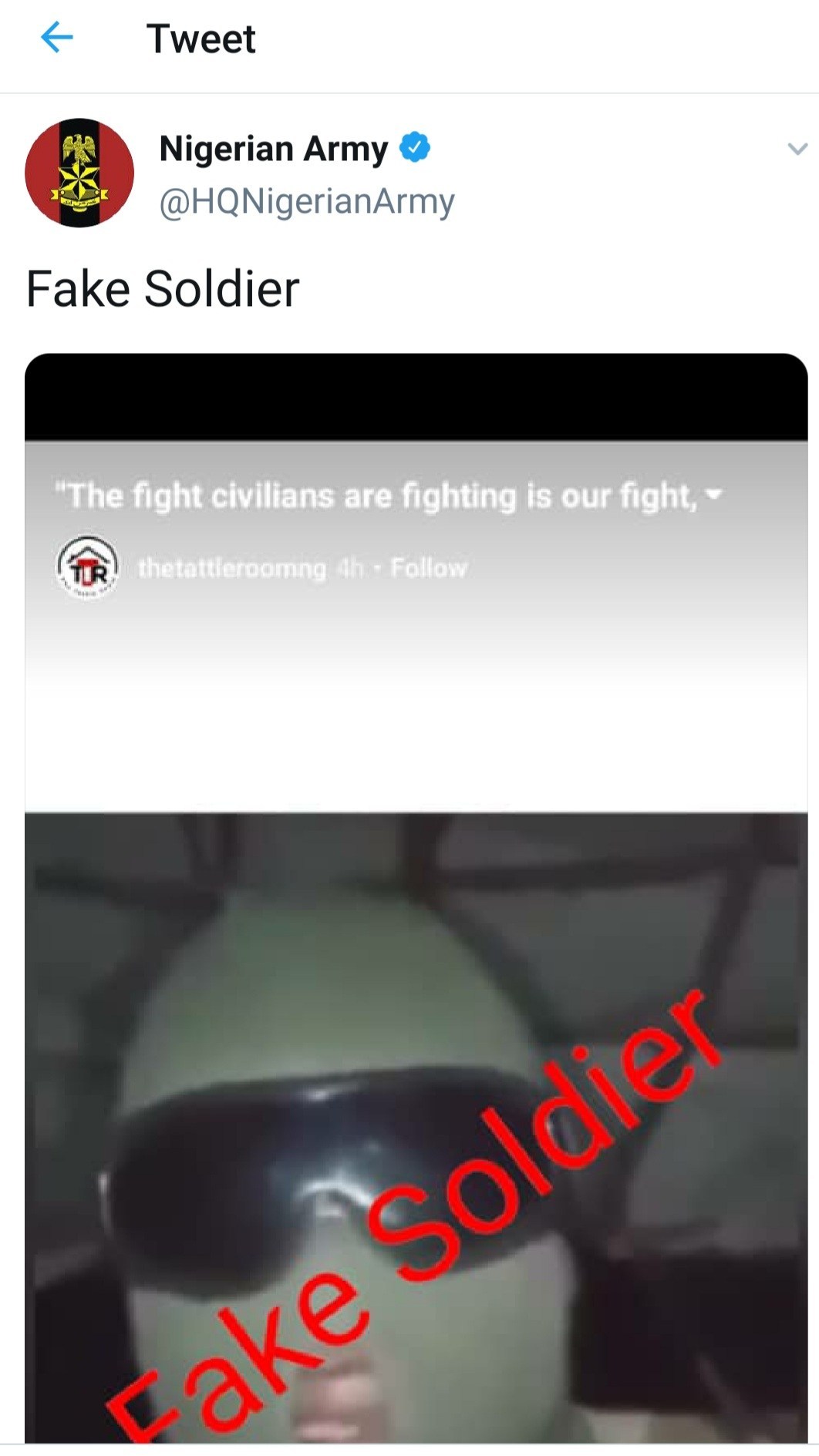 After initially describing it as “fake”, the Nigerian Army has revealed the identity of a soldier who, in a Twitter video, appealed to colleagues to disobey orders to kill #EndSARS protesters.

The soldier has been arrested, the army said.

The video was posted on the micro-blogging site two days before the Tuesday killing of peaceful protesters at Lekki Toll Gate, Lagos, by soldiers.

The hooded soldier in the video said the #EndSARS protests “is our fight”, while appealing to fellow soldiers not to be “fooled” by authorities who order them to fire at protesters.

“The fight the civilians are fighting is our fight, do not let them (the Nigerian authorities) use us. If you are firing civilians, the bullets may hit your brother or your sister.

“This fight is our fight. If peace is okay in the country and every soldier is well-paid, (every) civilian is well-paid, nobody would want to fly out of this country,” the soldier said.

The army initially responded by describing the video as “fake”.

It, however, backtracked on Wednesday and admitted the video was not fake.

In a statement posted on Twitter and Facebook, the army identified the soldier as Harrison Friday, a lance corporal.