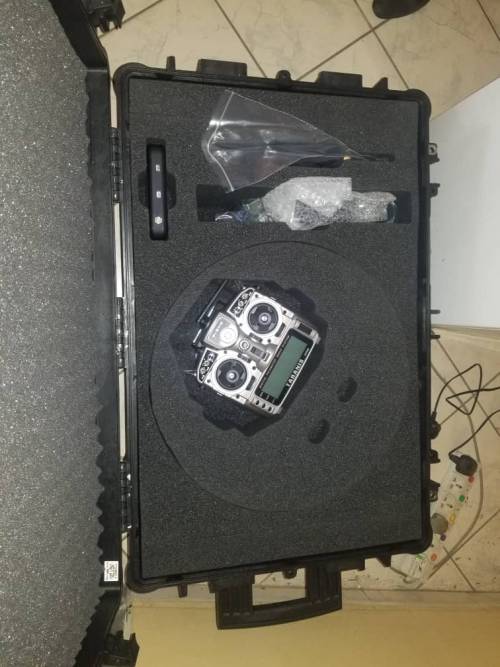 The Nigerian Army Department of Military Intelligence has arrested and detained personnel on duty on January 28, 2020 when two weaponised drones were intercepted at the Murtala Mohammed Airport, Lagos.

SaharaReporters had on February 5, 2020 exclusively reported how the items were discovered in a carton at the cargo section of the local wing of the Lagos airport and military officers arrested a man named Kelechi for being in possession of the two highly weaponised drones.

Investigation revealed that the following day the man was asked to write a statement after which he was detained.

Upon interrogation at the National Air Defense Corps, Ikeja, the suspect claimed to be working for the Kaduna State Government.

Further investigation revealed that, Commander of NADC, Air commodore U.K Abdullah, later received a call from some unknown persons, who ordered him to release the man and drones.

Abdullah, it was gathered, later released the suspect and drones on January 30, 2020.

The commander, who only assumed duties in December 2019 at the NADC, was said to have instructed his officers to drop further investigation on the matter.

However, in the latest twist to the matter as discovered by SaharaReporters, out of the military personnel arrest over the incident, all those from the Northern part of the country have been released by the authorities, leaving only one ACM Chike Mba, an Easterner, in detention.

The soldiers were all held for three days during, which period they are interrogated over the incident before the others except Mba were released.

SaharaReporters gathered that authorities of the NADC are currently conducting an internal investigation to identify those responsible for leaking photos of the weaponised drone.

The officers could face a court martial and be sentenced to time in prison if found guilty of any offence by military authorities.

Recall that in May 2016, the Nigerian Government placed a ban on launching Remotely Piloted Aircraft or Unmanned Aerial Vehicles (drones) in its airspace without a permit from the Nigerian Civil Aviation Authority as well as the Office of the National Security Adviser.

According to the rule, drones weighing more than 250 grams (.55 pounds) must be registered with the NCAA.

Though the Kaduna State Government has denied having anything to do with the intercepted drones, findings by SaharaReporters indicated that it is among states that had made moves to deploy drones to tackle bandits, kidnappers, and killer herdsmen within its territory in recent times.