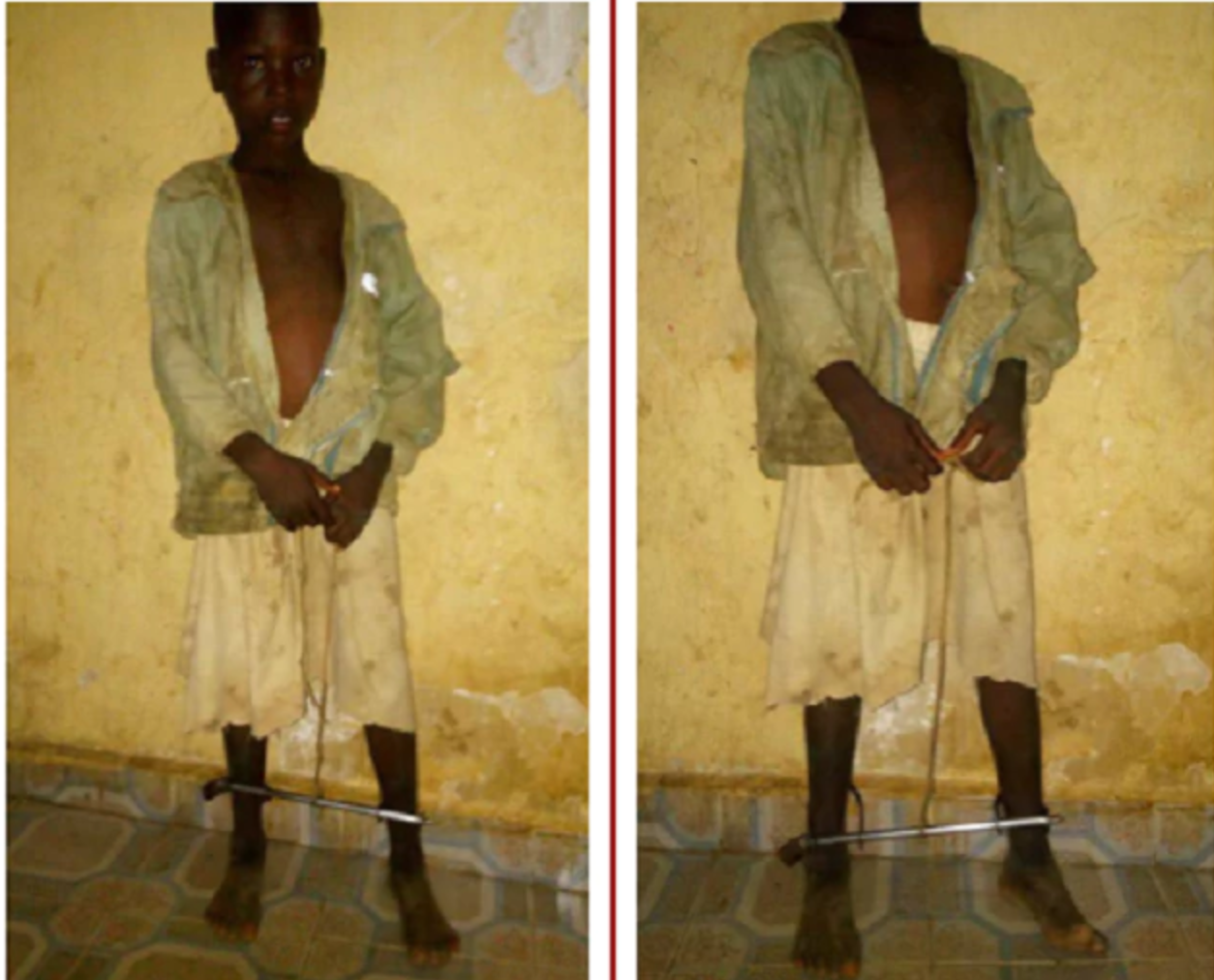 A human rights activist, Aishat Alubankudi, has called on the Governor of Kaduna State, Mallam Nasir Ahmad El-Rufai, to urgently investigate and bring to justice an Islamic scholar in the state, Mallam Sufi, for allegedly chaining one of his Almajiri students so as to prevent him from escaping.

Alubankudi who brought the ugly incident to the public sphere narrated how Malam Sufi put chains on the young boy’s feet and sent him out to the streets to beg for alms after his parents sent him to the teacher to learn the rudiments of the Islam religion.

Instead of teaching the boy, Mallam Sufi rather turned him into a slave and sent out to the streets to beg for food. Read what she posted on her wall:

“This boy was sent to an Islamic school in Zaria from Ɓoko village in Zamfara State. His teacher put chains on him and sent him to beg for food to eat.

The name of the Mallam is Sufi, at Rimin Tsiwa quarters in Zaria City, Kaduna State. The Islamic School is adjacent Alhaji Sani Rimin Tsiwa house.

It’s part of the menace of Almajiri system. Maybe the boy finds it difficult to adapt to the system and wanted to run away, so he was chained when they caught him.”

The chains on the Almajiri boy’s legs (Aishat Alubankudi)

Many people have been condemning the actions of the Islamic teacher while others blame the parents for sending their your son to become an Alamijiri.