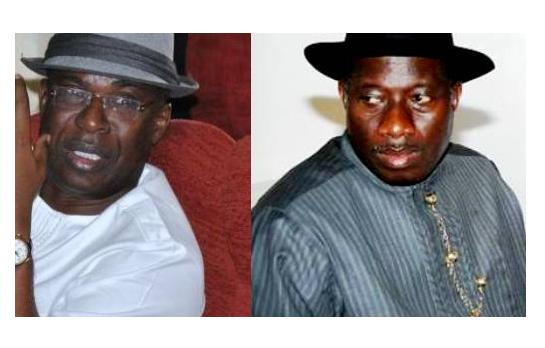 A frontline pro-democracy based organization, The Niger Delta Patriotic Coalition (NDPC), has urged the newly appointed Chairman of the Independent National Electoral Commission, Prof Mahmoud Yakubu to exercise a high level of professionalism in his national assignment as the new helmsman of the Commission.

The group who expressed worry, said it has become necessary because of news making the rounds that Professor Mahmoud Yakubu was appointed solely for a specific mission to reclaim the Niger Delta region for the ruling All Progressives Congress which to them is against the principle and tenets of democracy.

While addressing a press conference yesterday in Abuja, Pastor Godknows Okauru disclosed to pressmen that negative criticisms which greeted the appointment of Mahmoud Yakubu is a serious cause for worry having heard from several quarters that some stalwarts of the ruling party have vowed to reclaim the oil rich Niger Delta region through any possible means.

He said there are ominous signs in the air to confirm their fears and the need to call Professor Mahmoud Yakubu to order is necessary to sustain our democratic gains in recent times as any attempt to achieve the aim of any individual or group of persons outside Bayelsa will not be allowed to stand anywhere in the world.

Okauru therefore reminded the President Muhammadu Buhari to remember that he is the President of the entire country and not a select few who might have supported or sympathized with his political goals in the past and learn to provide a level playing field for all citizens to exercise their constitutional franchise according to existing rules and regulations guiding the conduct of transparent, credible, free and fair election anywhere in the world.

In his words, “President Buhari who is the greatest beneficiary of his predecessor’s democratic credentials has so many great lessons to learn and to prove to Nigerians that he is now a born again democrat, this is expected to play out in both his official and private conduct during the forthcoming gubernatorial elections in Kogi and Bayelsa where his party’s candidates are banking on the use of the electoral body and the security agencies to rig the elections in their favour.”

“The stories that plans have been made to reclaim the oil rich South-south region into the fold of the All Progressive Congress through the collaboration of state apparatus is very worrisome, and it is left to the newly appointed Chairman of INEC to emulate his predecessor and shun any anti-democratic activities by conducting himself in a manner that will be acceptable to all parties involved irrespective of political affiliation.”

” Let it be known to those highly placed individuals that are perfecting plans to subvert the will of the people that both local and international observers have signified interest to monitor the elections and any attempt to perpetuate electoral fraud shall be met with a stiff opposition from the electorates and men of goodwill.  We therefore encourage them to jettison such thoughts and return to the grassroots to sell their manifesto to the electorate before it is too late.” He added.