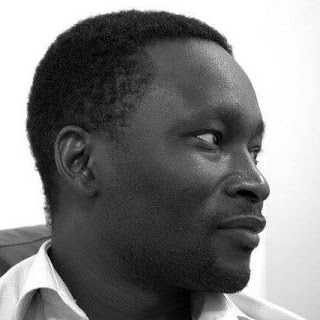 Fellow Nigerians: Hate or love Nnamdi Kanu, it is undeniable he has brought the issue of injustice in our country to the front burner. But Biafra is not about him. It is about all of us. If you a Nigerian then you are a Biafran. Unless, of course, you are one of the perpetrators of injustice against the Nigerian people.

BIAFRA IS AN IDEOLOGY that cannot be extinguished by military force. We tried in the 1960’s but did not succeed. You do not defeat an ideology with brute force – this is the same argument I have been making about jihadist extremism. If we had addressed the issues that led to the Nigerian civil war in 1963 we would not be here today talking about Biafra. Nigeria is not working for the common man and we cannot continue like this. Anyone who has the best interest of ordinary Nigerians at heart would agree we need to restructure this country.

I now understand why a revolution is impossible in Nigeria. We are too divided and distrustful of one other. Biafra is bigger than Nnamdi Kanu. Biafra is about the injustice suffered by the ordinary man in Kano, Maiduguri, Birnin Kebi, Owo, Asaba, Yenagoa, Kalabari, Orlu, Abeokuta, Makurdi, Ilorin, Jos, and in every nook and cranny of this country. Biafra is the fight against the injustice of our corrupt leadership. Biafra is about all of us!

The fundamental concern of Biafra is an injustice. Our citizens are literally eating from bins whilst our political elites are feeding fat on our commonwealth. A few days ago, a seven-year-old child died from typhoid fever that was complicated by a bowel perforation. His father took him to several hospitals including a tertiary hospital but he did not get the care he needed because the hospitals were grossly under-resourced and poorly staffed. This child suffered right until the last seconds of his short life. Meanwhile, Buhari spent nearly three months in a London hospital. It was reported that the presidential aircraft was parked in London all that time. Think about the high-quality medical care he received which this child had no access to. Consider the number of dead children that could have been saved with the parking charges of Buhari’s aircraft. I shudder to think what his medical bills amounted to. What does Aso Rock clinic do with its generous budgetary allocations that it cannot treat an ear infection? Is Buhari’s life more valuable than the life of this child? For as long as our public officials can continue to treat themselves and their families abroad they will have no incentive to fix our broken healthcare. For as long as these people can continue to school their children abroad they will have no incentive to fix our broken schools and stop the incessant strikes. But I digress.

Predictably, some of us are blinded by our hatred of Nnamdi Kanu, IPOB and the Igbos, and cannot see past the distractions and the smokescreen. You may rejoice the government has used the “terrorism” card to crush IPOB but you can be sure they will deploy the same tactic against you tomorrow. What you do not realise is this: the government is also sending a clear message to you – put up with your suffering or complain and get crushed. Citizens have a right to protest against injustice and bad governance. In Nigeria, instead of listening to the legitimate concerns of its citizens the government just rolls out armoured tanks.

What makes IPOB a terrorist organisation? When were Fulani herdsmen killing innocent citizens – how many of them were charged to court or even arrested? When Buhari was in the opposition, he was widely reported to have asked the Jonathan government to stop killing Boko Haram jihadists and to grant them amnesty. To my mind, Boko Haram is not comparable to groups like MEND which received amnesty from the federal government at that time. MEND was campaigning for resource control, better governance and an end to the exploitation and degradation of the environment. Therefore, it seems to me that the people who question Buhari’s judgement have a valid argument.
We need to refocus this debate. You can disagree with Kanu and disapprove of his methods but your enemies are not Kanu or IPOB. Your real enemies are the people who make it impossible for your children to have quality education and healthcare. They are the people who benefit from the current system and who tell you Nigeria cannot restructure. Therefore, let us unite and seize this moment to demand reform and the restructuring of our nation. Enough of the bickering and the divisions.

How do you deal or engage with a government that refuses to listen and slams the “terrorism” label on you in order to legitimise military action against you? This strategy of giving a dog a bad name in order to hang it is not new. It was used by the South African government against Nelson Mandela and ANC. But as someone said: those who make dialogue impossible make violence inevitable. Mandela eventually took up arms against the apartheid government. His organisation was labelled a terrorist organisation by enablers such as the British and American governments. In truth, the terrorists were the apartheid government and its sympathizers.
The solution to this impasse is dialogue. IPOB has a legitimate grievance – this country is not working for ordinary Nigerians whether they be in the north, south, east or west. It is much easier to label IPOB a terrorist organisation and crush it militarily. But this does not solve the problem that gave rise to IPOB in the first instance. If I were to advise the President, I would tell him to dialogue with IPOB. Listen to their concerns. Treat the disease, not the symptoms.

Ijabla is a humanist and writes from the U.K.
Email: [email protected]
Twitter: @ijabijay