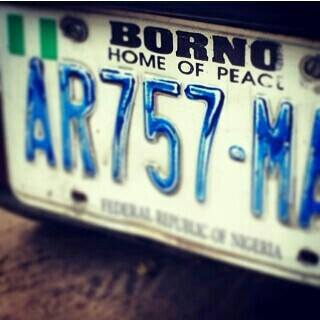 Formed in 1976 from the split of the North-Eastern State, Borno state
contain what is now the Yobe state. Borno State is the giant of the
Northeastern part of Nigeria in terms of natural resources and commercial
activities. It is also the highest in the Northeast in terms of Federal
Allocations. yet it is the poorest state in terms of socio-economic
development.

The story of Borno State is that of a state with a paradox of being so
rich, yet very poor, so endowed with human and material potentials, yet
very underdeveloped in term of structure, economy, education and health.
Causes of underdevelopment in Borno state are attributable to factors such
as corruption, bad leadership, tribalism, insurgency as well as
under-utilization of the available human and material resources. Its
features include pervasive poverty, deficit of social amenities, weak
economy, high rate of unemployment, thuggery and social vices, low life
expectancy, poor standard of living, and socio-political instability.
Corruption and tribalism has often been the major impediment of Borno
State’s development. Most Borno State leaders are corrupt and instead of
them to use the available resources judiciously to engender development and
improve the standard of living of their citizenry, they mismanage the
wealth and convert it into their private estate to the detriment of the
state’s development. The sad truth is that corruption and tribalism more
than any other factor is responsible for Borno State’s underdevelopment.

Bad governance has been another major problem facing Borno State’s
development for over a decade. Borno State has all the needed human
potentials and material resources to achieve development, but because of
corruption and political instability , the state is today the most
underdeveloped in the Northern part of the Country.

Our political leaders have continued to indulge in corruption and
embezzling the states’ wealth as well as siphoning it into their private
foreign bank accounts in Switzerland and America, and use a little part of
the Allocation on things like renovation of schools, construction of roads
with unconnected drainages, continuous interlocking and provison of less
qualitative streetlights whilst it has failed in its primary
responsibilities such as provison of basic social amenities in both the
rural and urban areas of the state where the common man will also
enjoy the dividends of democracy.

Under the present administration of Kashim Shettima,Tribalism has rise to
the optimum point. Tribes such as Shuwa, Babur Bura, Margi etcetera
etcetera experienced the worst marginalisation ever. In terms of Political
appointments, International scholarships, employment and much more, the
Kashim Shettima led administration had in particular marginalised the Shuwa
Arabs to level zero which is not the same as in the past administrations.
The solution to Borno State’s underdevelopment lies within the hands of the
youths and not without.

The greatest impediments to Borno State’s
development is bad leadership and tribalism . Therefore, Bornolites can
liberate themselves from the shackles of poverty and underdevelopment
through the following ways: fighting corruption, embracing good governance,
diversifying our economies and cultural re-orientation coupled with
political and economic integration and
becoming one family irrespective of tribe or zones.

Sustainable development is the pathway to the future we want for all. It
offers a framework to generate economic growth, achieve social justice,
exercise environmental stewardship and strengthen governance.
Development knows no tribe, no Religion, no status, development has no
boundaries. Let Borno develop please.
Comr. Ahmad Abubakar Saddiq