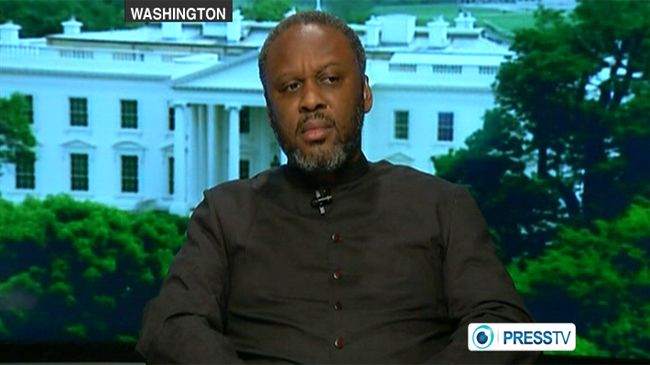 African-Americans have endured an “incremental genocide” and “human rights violations” throughout the history of the United Sates, a researcher and historian in Washington says.

Black people in the US are frequently “slaughtered” by white police officers who use “brutal, Nazi-styled” tactics to enforce an “apartheid system” in the country, Randy Short told Press TV on Monday.

“The racist policing and Nazi-styled intimidation is designed to ethnically cleanse non-whites from the cities of America,” Short said. “There is neither justice nor human rights for African-Americans and Latinos.”

“African-Americans must stop accepting incremental genocide. We must stop aborting our babies and killing each other, and turn our energies to seizing our freedom from Anglo American Apartheid rulers,” he asserted.

“There is nothing more unnatural in nature than African-Americans ruled with racist cruelty and impunity of hateful and modernistic savage Anglo-Americans. We must demand full freedom not ersatz placebos like the killer cop President Barak Obama,” he added.

In one disturbing video, a plainclothes police officer knocks unconscious a 17-year-old black teenager on suspicion of smoking marijuana in New York.

In a separate incident, a second video obtained by DNAinfo.com shows a 16-year-old, also an African-American, being punched in the face and hit with a pistol after a brief chase back in August.

Police brutality and the unnecessary use of heavy-handed tactics have become a major concern across the US in recent years.