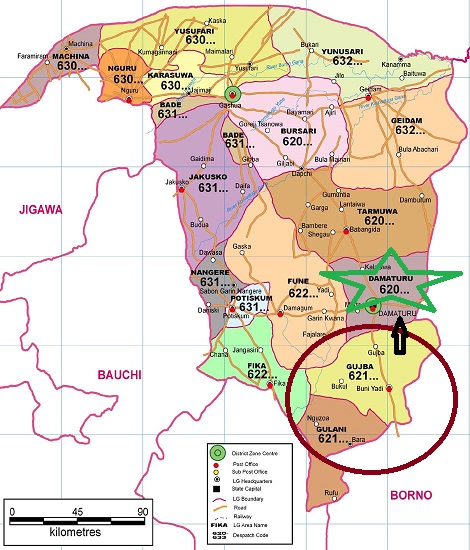 While Nigerians are anticipating a Boko Haram attack and capture of Maiduguri, capital of Borno State as their first State capital conquest, NewsRescue experts warn that based on intel and group movement, Damaturu, the capital of Yobe State may first fall.

Boko Haram terrorists have conquered towns south of Damaturu including Guzba LGA and a week ago, Bara in Gulani LGA.

In strategic planning, about a month ago, Boko Haram blew up the Katarko Bridge which links Gulani and Gujba to Damaturu. This was a military move to enable their successful amassing of troops south of Damaturu. A surprise attack on the capital may be imminent and as Nigeria protects Maiduguri, focus should also be on other prized targets of the uniquely successful terrorists.