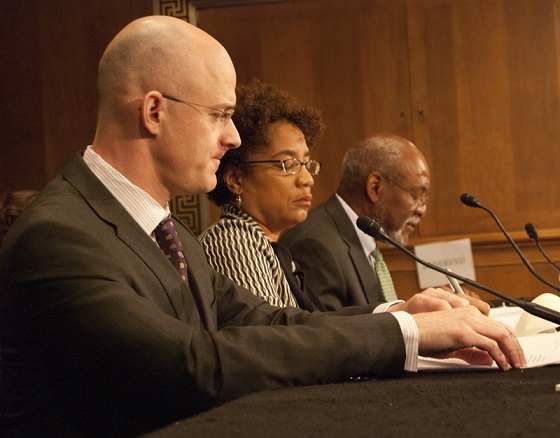 It is increasingly becoming unacceptable and, in fact, a source of serious concern that despite the intensely reported coming and the purported presence of security operatives of American origin and their western allies in the Nigerian air space, the high incidence of terrorist attacks being perpetrated by the Islamic Boko Haram sect has unfortunately remained on the upward trend. Expectedly, to say with hindsight that a lot of Nigerians are now beginning to wonder if indeed there is any mileage in the involvement of these alien elements in the ongoing fight against terrorism, is not in any way a slip of tongue. That the entire world has always held Americans in high esteem, alongside some of its European allies, over their aggressive disposition towards terrorism and the war against it, is an incontrovertible fact. Also, that the US and her allies have over time earned enormous reverence and high reputation for possessing the force, the technical knowhow, the wherewithal, the sophisticated weaponry and/or the ordinance needed at any point in time for combating and winning the war against terrorism, is yet another fact that is not and cannot be in issue.

Nevertheless, a cursory evaluation of the presence of these strong external forces in the Nigerian air space so far does not seem to  reveal any fundamental improvement in the way or manner the Nigeria security agencies had been doing their work in striving to win the war against the Islamic Boko Haram terrorists . Needless to say that this is quite contrary to the lofty expectations most Nigerians had kept abini tio. One is therefore tempted to ask what the hell are these alien elements doing in our air space. Little wonder that some Nigerian are still opposed to their presence. And here of course lies the real fact in issue.

But aside from that,  it is key to note that the Nigerian public had been suffering a fate worse than death even before the American government and some others offered to be allowed to come in  to occupy our air space – ostensibly for the sake of lending a helping hand in the search for the missing Chibok school girls. And as  media reports would later have it, these interventionists would only provide the intellectual and scientific support aspect basic to the ongoing campaign against terrrorism, the focus of which is on carrying out the onerous task of intelligence gathering. Critically viewed on the whole, this assignment could as well be construed as consisting in passive attempt by the US to merely observe Nigerians while they fight to defeat the terrorists in their midst. This in part accounts for why the first reported instance of their unwillingness or, better still, outright refusal to share intelligence with the Nigerian security agencies did come to some persons as a big surprise.

Ironically, however, that our anguish in the hands of the Islamic terrorists has rather persisted in great defiance of the supposedly superior technological powers of the external relief sought and received, is, to say the least, unimaginably incomprehensible. Arguably, it stands against exaggeration to assert that since the coming of these external elements who now occupy our air space doing what only God knows, the number of casaulties arising from the dastardly operations of the Islamic Boko Haram sect has not only risen but appears to have outnumbered the total death toll experienced prior to the offer and acceptance of this foreign intervention. This is just a pity.

More so because  many a Nigerian had not only heaved a sigh of relief upon the announcement/reports of the arrival of the American security operatives and their European counterparts in Nigeria, but had also hoped and banked so much on their presence as the ultimate solution to the menace posed by the Boko Haram sect. Of course this mindset was in no small extent aptly captured and ventillated by no less a person than President Goodluck Jonathan himself when in the immediate aftermath of the kidnap of Chibok school girls and the resultant United States’ and others’ offer of intervention, he was reported to have enthused that this development  (as ugly and deplorable as it remains) would mark the “beginning of the end of the Boko Haram sect”. For some obvious reasons, not a few Nigerians really reasoned along the same line and were all on the same page with Mr. President.

But unfortunately, some months down the line, the security situation in Northern Nigeria has become so deteriorated that it is now as precariou as never before – as if the coming/the presence of the American and European security personnel in our air space has even brought about a turn around in the fortune of the Boko Haram insurgents. Needless to say that nowadays, unlike before, the frequency and the scale of deaths of hapless Nigerians living in the North-East geo-political zone as a result of the bloody activities of the Boko Haram sect have now gone beyond the level ever experienced in the past. Yet all this is happening at a time and in a place where American and European security personnel are apparently believed to be hovering around and ostensibly holding forte with utmost sincerity (?).  Hmm…

Meanwhile, for clarity, it is important to state clearly that the thrust of the issue here is not that the Americans, Europeans or the outside world in general should lead the way for Nigerians in this raging war against terrorism in our land or that their security personnel in Nigeria should sacrifice their lives in order for us to live ours in abundance, either. Nay. This is far from the point in issue. Truth be told, willy-nilly, the best being offered to Nigeria now in the fight against terrorism by both the US government and other interested members of the International Community – outside the African continent, is simply not enough. Yes, the support is not enough! If perhaps the US government and other nations that have shown concern so far are still waiting for the Nigeria’s version of terrorism to attain such a horrendous height to be characterised by disgusting images of rampant cases of decapitation as being perpetrated  against christians and people of Yazidi minority in Iraq by the Islamic State – ISIS – Jihadists, before they (the US government and others) could “reasonably” and “sufficiently” be provoked to swiftly, pro-actively, resolutely and, in fact, overtly deploy, commit and involve more human, material and other resources in this lingering war against the Boko Haram Islamic terrorists, then it will suffice to submit that the United Nations’ (UN) Secretariat would do well from now to begin to brace up for whatever challenges associated with admiting new member states that are naturally bound to spring up from the federation of Nigeria – in the event of the occurence of the foregoing worse case scenario in Nigeria.

Clearly, it is a complete negation to the United  Nations’ principal objective of ensuring at all time the maintainance of international peace and security for the US and other super powers within the fold of the Security Council to continue to trifle with the terrorist activities of the Boko Haram sect or to keep downplaying and predicating its increasing bloodletting propensities on the trite premise that these anomalies are all rooted in and traceable to the intrigues and intricacies of Nigerian politics. Unequivocally, while this impression cannot be entirely ruled out vis-a-vis the uninspiring attitude of the US  and others on this issue of terror in Nigeria, it must be noted that the phenomenon of terrorism anywhere in the world begins and thrives with politics (which in itself entails the struggle for power and/or the  control of power). Hence it becomes no excuse for the international community to abdicate its responsibility in Nigeria under the seeming pretext of not wanting to effectively meddle into the latter’s internal affairs. This is why it is high time the US and the entire International Community adopted more aggressive and elaborate measures in combating the Boko Haram scourge – such kind of measures that would replicate herein the US subsisting efforts aimed at containing the excessses of the Islamic State – ISIS – in Iraq. And there is no gainsaying that anything short of this kind of approach could imply that the history of the voilent disintegration of Nigeria may soon be told by all and sundry. With doubts in mind, one is loath to imagine that a contingency like this would appeal to the wishes of  the US and the world at large.

In the final analysis, let it be known that it no longer matters to the ordinary Nigerians (who are bearing the heaviest brunt of the insurgents’ attacks on daily basis) on knowing or caring to know who is doing what and how as far as taking all available drastic actions to stamp out the Boko Haram insurgency from this shore is concerned. With all due respect, therefore, while it is adivisable at this juncture to look beyond President Jonathan’s political platitude belied in tirade against rational minds and objective observers whom he reportedly described as prophets of doom – for expressing their concerns about the future of our collectively owned Nigeria – it is imperative and obligatory for the US government to pro-actively rise up now to these intractable security challenges bedevilling our so-called gaint of Africa before it is too late.  A stitch in time saves nine.