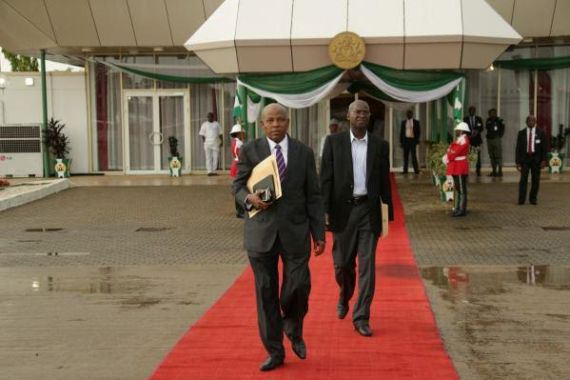 Senator representing Bayelsa East senatorial dristrict, Ben Muarray-Bruce has faulted the decision of President Muhammadu Buhari to go on his trip to Germany for the G7 Summit with Borno State Governor Kashim Shettima in the heat of Boko Haram attacks in Nigeria’s north east.

While Shettima was away in Germany, 16 people died in his state.

Murray-Bruce, who apparently regarded Shettima’s trip as irresponsible, wrote on microblogging site, Twitter: “It might not be in the best interest of Borno that both the President and Gov of Borno are abroad while our brothers there are being bombed!”

A bomb blast had hit a cattle market in the state late on Saturday, killing 16 people, according to hospital and military sources. Although no group claimed responsibility for the attack, it is believed to have been perpetrated by Islamist sect Boko Haram. The group has killed more than 15,000 people since it began its violent campaign in 2009. The group wants to establish an Islamic caliphate in the northeast of Nigeria.