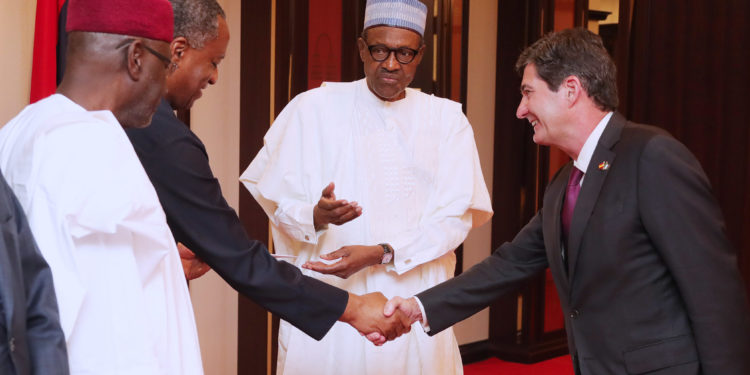 The Federal Government has disputed the $25 billion figure said to be the annual remittances of Nigerians in diaspora, saying the figure is actually higher. Minister of Foreign Affairs, Mr Geoffrey Enyeama disclosed this Tuesday in Abuja at the opening of a two-day Technical Workshop on Diaspora Remittances and Sustainable Development under the chairmanship of the Kingdom of Belgium and the French Republic.

Enyeama who said the figure often bandied about is actually not a true reflection of diaspora remittances to Nigeria, however, said the challenge with most countries is how to channel such remittances to development.

“As you know, in the past few years, it is said that Nigerians in diaspora remittances is $25 billion. The figure being bandied about is $25billion per year in remittances.

“Well, I read not too long ago that this figure is inaccurate. It is very far from being accurate because when you logically think about it, it is huge and as they say, it even dwarfs the budget. It is hard to fathom. So, I think there is some debate as to how accurate that really is. But of course, we will love it to be that. There are huge resources coming into the country from Nigerians in diaspora and the challenge, as with most countries, is how to channel those resources to development”, he said.