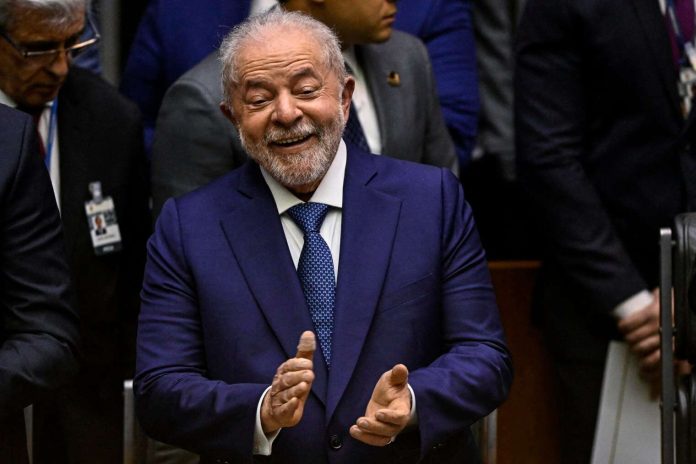 BRASILIA, BRITAIN — On Sunday, Brazil’s Luiz Inácio Lula da Silva was sworn in as president, and in his first address, he expressed optimism about rebuilding plans while promising that members of outgoing President Jair Bolsonaro’s administration would be held accountable.

After defeating far-right incumbent Bolsonaro’s re-election bid, Lula is taking office for the third time. His return to power is the culmination of a political comeback that is thrilling supporters and infuriating opponents in a deeply divided country.

“Our message to Brazil is one of hope and reconstruction,” Lula said after signing the document that formally establishes him as president. “In recent years, this nation’s great edifice of rights, sovereignty, and development has been systematically demolished. We will devote all of our efforts to re-erecting this edifice.”

The party was going on in Brasilia’s main esplanade on Sunday afternoon. Tens of thousands of supporters dressed in the red of Lula’s Workers’ Party applauded after his inauguration. They rejoiced when the president announced that he would send a report on the previous administration to all lawmakers and judicial authorities, that he would revoke the far-right leader’s “criminal decrees” that relaxed gun control, and that he would hold the previous administration accountable for its denial in the face of the Covid-19 pandemic.

“We do not carry any spirit of vengeance against those who sought to subjugate the nation to their personal and ideological designs,” Lula said, without mentioning Bolsonaro by name. “Those who erred will answer for their mistakes, with broad rights to defend themselves within due legal process.”

According to political analysts, Lula’s presidency will be unlike his previous two, as it follows the tightest presidential race in more than three decades in Brazil and opposition to his taking office by some of his opponents.

Bolsonaro was defeated by less than two percentage points in the Oct. 30 election. Bolsonaro had sowed doubts about the reliability of Brazil’s electronic vote for months, and his devoted supporters were loath to accept defeat.

Since then, many people have gathered outside military barracks, questioning the results and pleading with the armed forces to keep Lula from taking office.

His most ardent supporters resorted to what some authorities and incoming members of Lula’s administration called “terrorism,” raising security concerns about inauguration day events.

Lula will have to navigate more difficult economic conditions than he did during his first two terms, when the global commodities boom was a boon to Brazil.

His administration’s flagship welfare program at the time assisted in lifting tens of millions of impoverished people into the middle class. Many Brazilians visited other countries for the first time. He left office with an 83% personal approval rating.