The APC demanded an explanation from Nigeria’s President on his involvement. Quoting:

“The All Progressives Congress, APC, has asked President Goodluck Jonathan to explain to Nigerians what Asari Dokubo, was doing on the plane that illegally ferried US$9.3 million to South Africa, where Asari Dokubo, another Nigerian and an Israeli were arrested, according to a published report.”

*Full press release is below*

The plane used to ferry the smugglers was found to be owned by the President of the Christian Association of Nigeria, CAN, Ayo Oritsejafor; this has sparked much anger and controversy in Nigeria; but this new detail indicating that a known terrorist to the Nigerian State was involved in the deal exposed by the South Africans and criminal smuggling deal that the Nigerian government accepted responsibility for, brings a new dangerous and depressing dimension to the smuggling scandal. Many have pointed to CAN and the Presidency being involved in subversively arming terrorists for destabilization of the oil wealthy nation.

After the seizure September 5th, Nigeria quickly intervened to get the CAN president’s jet immediately released as well as to release the arrested men. Nigeria’s top Government NSA office got directly involved since the arrests and impounding of the smuggled cash and Dokubo has been released. He was seen in Hajj this week. It appears that only the Israeli, Eyal Mesika who had the combination to the locks was held back.

Dokubo’s arrest earlier this year in Benin was also linked to gun running.

Why is a known militant terrorist who has made public threats to the Nigerian State involved in State supervised smuggling of cash and arms in a private jet owned by the President of the CAN?

These are questions Nigerians will be watching and investigating the answers of in coming days as Boko Haram terrorists continue to wage their successful pogrom against Nigeria in the north of the nation. 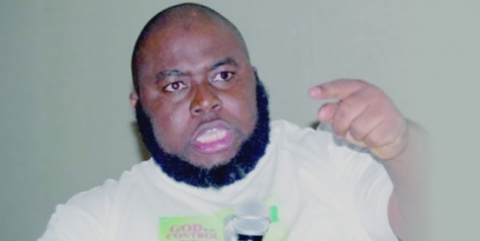 The All Progressives Congress, APC, has asked President Goodluck Jonathan to explain to Nigerians what Asari Dokubo, was doing on the plane that illegally ferried US$9.3 million to South Africa, where Asari Dokubo, another Nigerian and an Israeli were arrested, according to a published report.

In a statement issued in Abuja on Wednesday by its National Publicity Secretary, Lai Mohammed, the party said since the federal government has taken ownership of the funds by saying the National Security Adviser, NSA, Sambo Dasuki, issued the end-user certificate for the arms purchase, it stands to reason that the same government will know the involvement of all those aboard the plane.

It said, therefore, that the federal government has a lot of questions to answer on the whole deal, including who was involved in procuring the arms and for the purpose the arms were meant to serve.

APC said the questions become pertinent because even the NSA, who issued the end-user agreement for the purchase, does not and cannot purchase arms for any of the armed services. The Service Chiefs have separate budgets from the NSA for arms purchase.

”Under our Constitution, the NSA is an adviser and has no executive powers to deploy troops from any of the services or purchase arms for them. That the arms purported to be purchased from South Africa were ordered from the office of the NSA is nothing but a mere fabrication, and raises serious questions about the motive for the purchase.

”Nigerians will therefore like to know on whose behalf Asari Dokubo was purchasing arms. This is very crucial because Asari Dokubo has been threatening that Nigeria will not know peace if his benefactor, President Jonathan, is not re-elected. Therefore, Nigerians will like to know whether he has started stockpiling arms to make his threat a reality, since elections are due in a few months’ time.

”If these arms are meant to fight insurgency, as the government has claimed, what is Asari Dokubo’s business purchasing arms for the Nigerian military, if indeed they were for the military? Does it not occur to the Nigerian government that this man who once took arms against the state may not have jettisoned his sinister plan against the same state? Which country will ever allow a man who once carried arms against the state to now be purchasing arms for the same state?

Even if it is true that he is purchasing the arms for the state, what prevents him from also using the opportunity to purchase arms for his own sinister motive? Could this be why Asari Dokubo has been talking publicly and confidently, without official censure, that President Jonathan must be re-elected or Nigeria will not know peace again?” the party queried.

”In our Press Release on Tuesday, we again asked President Jonathan to come clean on the US$9.3 million and US$5.7 million deals. We also asked him to tell Nigerians the identity of the two Nigerians who were on the plane that illegally ferried money to South Africa. Now that the Nigerians are known, and they are the President’s men, the story has taken a new dimension,” it said.

APC said since those who claim to be fighting for Nigeria’s unity may actually be the ones working against it, since those who lay claim to patriotism may actually be any but patriotic, it is more urgent now, than ever, for the National Assembly to take these cash-for-arms deals seriously, instead of dismissing the concerns of Nigerians on the basis of some rules as the House of Representatives has glibly done.

The party commended the media for keeping the story alive and for working hard to unearth the identity of the Nigerians aboard the ill-fated plane that illegally flew money into another country in violation of that country’s laws and all known tenets of decency.

It called on the media, in pursuance of its constitutional role of a watchdog, not to relent in exposing the circumstances surrounding the cash-for-arms deals, which have seriously embarrassed Nigeria in the comity of nations and which have the potential to threaten Nigeria’s unity, going by the latest revelations. 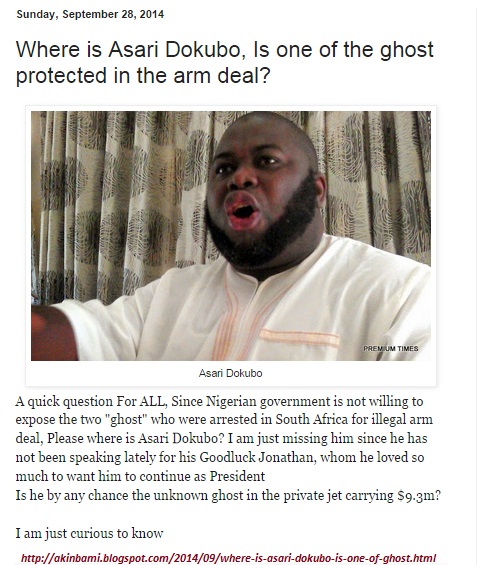