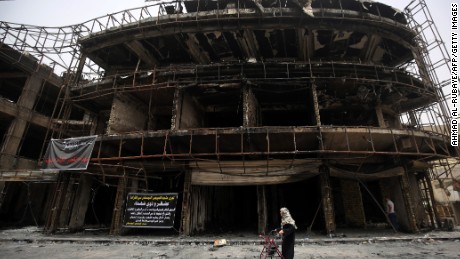 Iraq’s Health Ministry has announced that the death toll from the recent bombing attack in the capital Baghdad has risen to 250.

The ministry’s early Wednesday toll makes the Baghdad attack the deadliest since the US-led 2003 invasion on the Arab country. – Press

Unlike the typical global solidarity with terror attacks, we reported that several world leaders have failed to condemn the attack that according to ISIS, targeted Shia Muslims. Nigeria’s President Muhammadu Buhari is one such leader who has remained mute on the attack. US President Barrack Obama who personally called his Turkish counterpart to condole him on the recent Airport attack has also not given a personalized statement to Iraq on the horrendous attack.

FaceBook has been criticized for not giving an option to change profile picture in solidarity with the Muslim nations that came under Daesh attacks the bloody last days of Ramadan.

QT "RT AmirTaki: She was suppose to celebrate Eid today. But now her family are mourning her death #BaghdadAttack … pic.twitter.com/Rg1Fr6z7fO