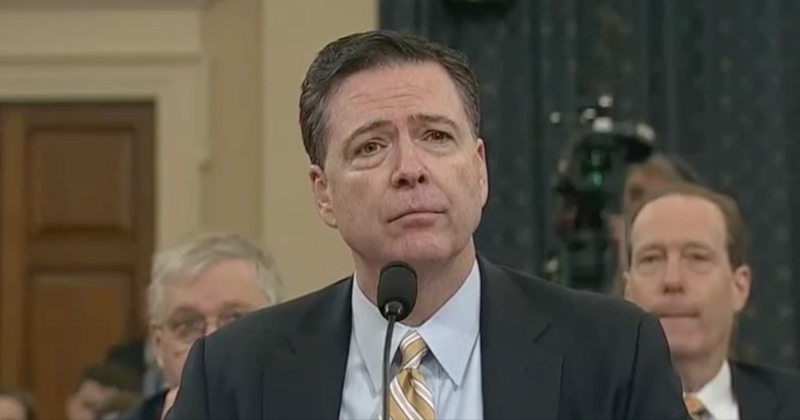 Former FBI Director James Comey said he was never told to stop an investigation due to political reasons during testimony to the Senate Judiciary Committee on May 3, 2017, which contradicts his new claim that Trump pressured him to stop the Flynn investigation in February.

Comey now claims President Trump asked him to to shut down the federal investigation into former national security adviser, Michael T. Flynn, in an Oval Office meeting in February, according to a reported memo Mr. Comey says he wrote after the meeting.

The New York Times claims this February memo is the “smoking gun,” but in fact it contradicts Comey’s sworn testimony on May 3.

During the Senate testimony, Comey confirmed to Sen. Mazie Hirono (D-Hawaii) that in theory, the Attorney General or senior officials at the Department of Justice could stop a FBI investigation.

The former FBI director added it would “be a big deal to tell the FBI to stop doing something that – without an appropriate purpose.”

“But I’m talking about a situation where we were told to stop something for a political reason, that would be a very big deal. It’s not happened in my experience.”

Remember, he said this on May 3, months after the reported memo he claimed to have written after meeting with Trump.

This story is developing.