BREAKING: Confusion In Senate As Strangers Steal Mace During Plenary 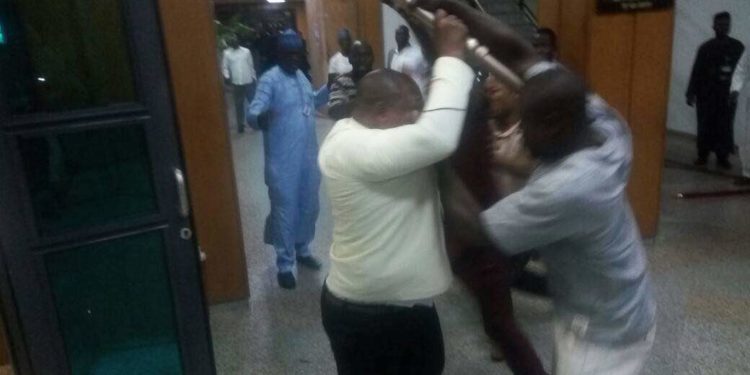 Five persons sneaked into the Senate chamber on Wednesday morning while Deputy Senate President, Ike Ekweremadu, was presiding over the plenary session and went away with the mace.

The strangers, including two hefty men, ran out of the chamber through the main gate.

They jumped into a waiting jeep and fled the scene.

This is occurring as there is confusion especially in the APC ruling party since Buhari’s announcement to run again for the presidency, and as Senate president Bukola Saraki has suspended several senators.

The Stolen Mace Is Act of Treason ...