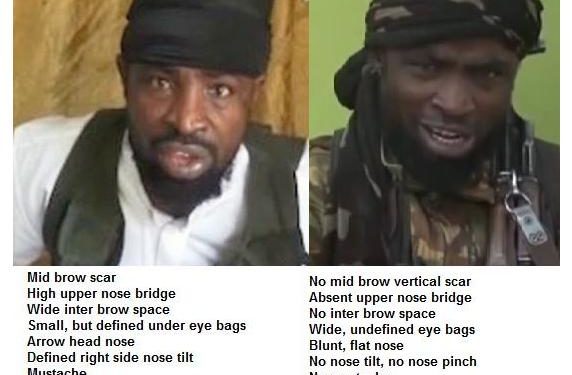 NewsRescue– We received the image below but are unable to confirm if it is the one suspected to be Shekau II’s dead body. 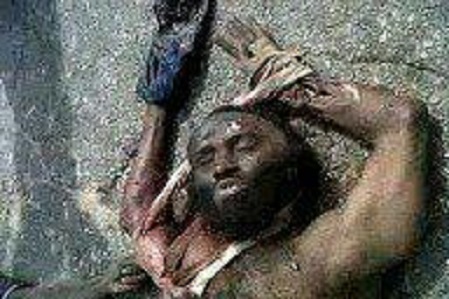 Image of terrorist killed in Konduga battle. No confirmation if this is Shekau II

Nigerian troops might have scored a strategic victory in the current battle against terrorists operating in the North East on September 17. During a desperate attempt to capture Konduga in their delusion to eventually marching on and capturing Maiduguri, the man who had been mimicking Late Abubakar Shekau in recent videos might have been finally killed. According to senior military and intelligence sources, “it is getting more certain that the terrorists’ commander who has been mimicking Shekau in those videos is the one killed in Konduga on September 17, 2014.” The PRNigeria sources said the suspected demise of the Boko Haram leader is responsible for the scattering of the sect members in different independent locations in the neighbouring countries, especially in Cameroon noticed in recent days. The security sources did not deny the suspicion but cautioned that “the process of confirming that the dead body we have is the same as that character who has been posing as Shekau is ongoing. He is definitely a prominent terrorist commander. I don’t want to say anything about this yet please.” Another high ranking military source insisted that the resemblance is too striking to be a coincidence. They cited his facial marks, beards and teeth apart from the recovery by the Nigerian troops of some of the Armoured Vehicles and Hilux jeeps that had featured in previous videos of the prime suspect. The officers assured that the Defence Headquarters will soon address the nation after full investigation of their latest discovery.