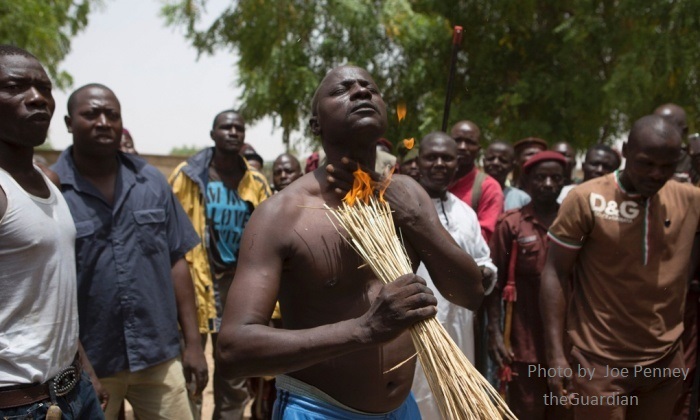 The Nigerian Hunters Association has said its members would overrun Sambisa forest and capture Boko Haram leader, Abubakar Shekau, alive, if given the permission.

Garba Tarfa, who is in charge of the association’s security, in Adamawa, said several hunters were “eager and waiting” for the go-ahead.

“We are ever physically ready at any given time if permitted to besiege Sambisa forest to capture the coward, Shekau, like fowl and his dreaded commanders,” Mr. Tarfa, a retired police officer, said in Yola on Monday.

“We know the nooks and crannies of Sambisa forest. In fact we know exactly where Shekau is hiding in the forest.

“They fear us more than conventional army, because they know we knew their secrets,” Mr. Tarfa said.

He said the Boko Haram Shekau was hiding in Sambisa at a heavily-guarded location codenamed “Parisa”, surrounded by his commanders.

Mr. Tarfa said in the past three months, his members, working with the Army, intensified attacks on suburbs of Sambisa forest and rescued over 500 women and children.

He said during the attacks, about 50 Boko Haram members were either killed, injured or arrested and handed over to security.

He said the insurgency would be ended if the government worked more closely with hunters. He said the group would need logistical support and patrol vehicles.

He also accused the authorities of paying more attention to the missing Chibok girls than other women and children abducted by Boko Haram.